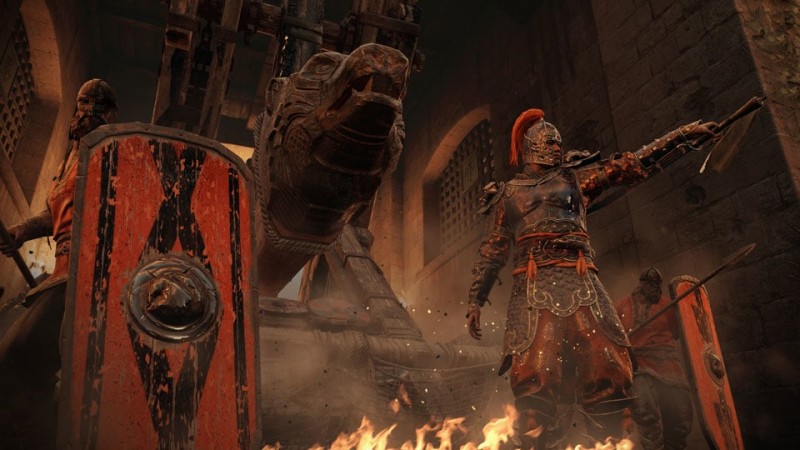 For Honor is launching its latest expansion, Marching Fire, on October 16. This coincides with a huge free update. Without buying the new expansion, For Honor players will have access to breach mode, revamped graphics, an updated user interface, and a new dialogue system. After an initial early access period, players without Marching Fire can also unlock the four new Wu Lin faction fighters with Steel, For Honor's in-game currency. They can also be invited to join in arcade mode by a friend who owns the expansion.

According to Ubisoft, Marching Fire is For Honor's largest update since it launched in 2017. Marching Fire introduces several new elements to the game including its new faction. Joining knights, vikings, and samurai in the battle for domination are the Wu Lin heroes. In a direction shift for the game, these deadly warriors are traveling west from China and will all have detailed backstories to add to the game's lore.

Breach mode, available to everyone who owns For Honor, is a 4v4 PvP mode that challenges teams to either attack or defend a fortress. The castle doors can be assaulted with a massive battering ram, siege weapons, and an army of minions, pikemen, and archers.

You can take on For Honor's new PvE events in arcade mode solo or with a friend. The randomly generated combat will increase your gear score and reputation level, all of which will transfer over to multiplayer.

The Marching Fire expansion and free update will release on October 16. Check out our For Honor review and some Marching Fire gameplay if you're interested in learning more about the game.