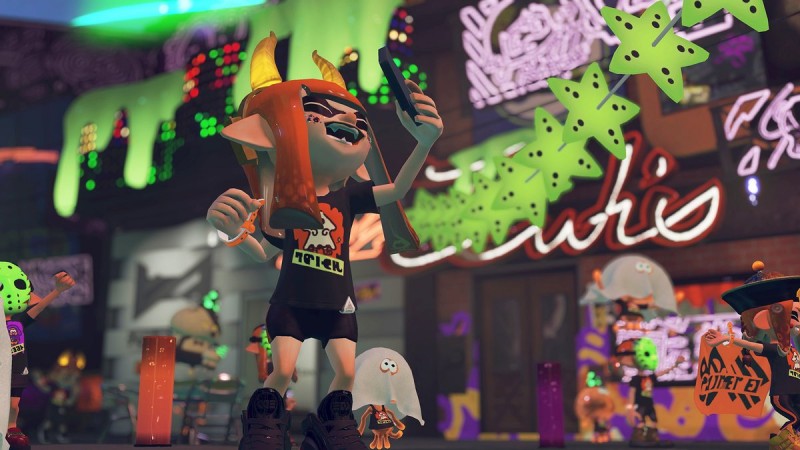 It's that time of year for companies to take part in my favorite phenomenon: seasonal video game content. Nintendo rarely gets involved in such a thing, but with live games being in their wheelhouse now, it makes sense for them to jump in with Splatoon 2 and the upcoming Splatoween event.

Get ready to get spooky because #Splatoween is coming to #Splatoon2! This special #Splatfest asks you to pick a side: Trick or Treat? The eerie event runs from Friday, 10/19 at 3pm PT, to Sunday, 10/21 at 3pm PT - 48 hours total! pic.twitter.com/UEjuN5dHRH

The culmination of the event is ultimately a Halloween-themed Splatest pitting players on the sides of tricking or treating. Like other Splatfests, this part will only run for two days and occur close to the middle of the month. Before that, though, Nintendo also has some scary new outfits for Inklings to wear. They'll be distributed through the Switch's news channel, which will contain portal links to unlock them in the game.

Whether you’re #TeamTrick or #TeamTreat, there’s some #Splatoween goodies coming your way! 4 festive masks will be available via a News Channel post scheduled for 10/5. Subscribe to the Squid Research Lab Report News Channel & launch the game from the post to receive the gear! pic.twitter.com/RtSR1uB16U

The outfits include a horned devil, a Chinese hopping vampire, a giant monster helmet, and a hockey mask that is legally distinct from any popular horror movie characters. The news posts to unlock these costumes are going up on October 5.