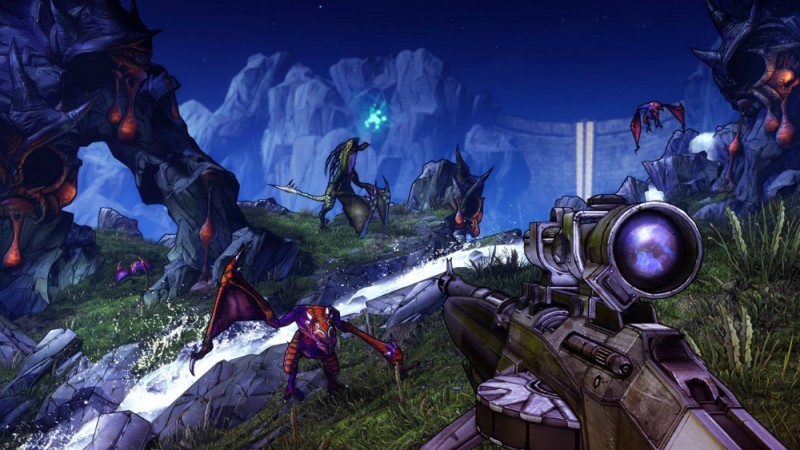 Update 9/30 2:20pm: Gearbox has sent Game Informer a statement regarding the Pitchfords' notice of a lack of funds to make payroll.

"This is actually referring to payroll for Kristy’s @nerdvana business. John Martin had drained a holding account that Kristy never uses but was going to use to replenish an operating account prior to payroll.  The empty account is what initially showed her something was wrong (which led to her beginning to discover his theft).  But she was able to immediately replenish the operating account from another account.  No one was ever in danger of not getting payroll at @nerdvana and @nerdvana is totally separate from Gearbox."

This article has also been updated to reflect that Martin was never a Gearbox employee.

Gearbox Software CEO Randy Pitchford has had hundreds of thousands of dollars stolen from him by his former assistant John Wright Martin, according to a report from Dallas News.

The report, which details how Martin has committed, been convicted, gone to jail for, and evaded several counts of fraud and theft, honed in on his dealings with Randy and his wife Kristy Pitchford, who estimate they've lost around $3 million due to Martin's fraud.

As Randy Pitchford's assistant, Martin made $45,000 a year, but regularly showcased purchases that far outstripped his means.  "Martin regularly shopped at high-end furniture stores in Dallas," the News reports. "His closet was dominated by expensive designer labels." Using the Pitchfords' business expense account, Martin allegedly chartered a jet from Texas to Florida for himself and a few friends. He also donated tends of thousands of the Pitchfords' money to various charity, such as The Trevor Project (which helps prevent suicide among LGBTQ people) and Best Buddies International (which helps provide employment and leadership development for people with intellectual and development disabilities). The News' entire report is worth a read.

The Pitchfords were able to catch wind of Martin's spending when they were informed they weren't able to make payroll. After Kristy Pitchford reached out to Martin, Martin stated it was a mixup in their accounts and agreed to pay back $780,000 in fraudulent spending (Martin had since left his job as the Pitchfords' assistant to start his own interior design business). Martin initially sent over a check for $598,000, but it bounced.

Martin has since disappeared, not showing up for the civil hearing where he was to testify against charges from the Pitchfords for alleged breach of contract, fraud, and theft. Martin's attorney, Tom Pappas, maintains he is innocent. Martin has since told the News that "there is much more to this story than me being charged for crimes I did not commit," and agreed to speak with them further, but did not show up for their meeting.

It's easy to look at this whole debacle with a sort of amused bewilderment, but it's caused several people hundreds (possibly millions) of dollars, and had it kept going, it's possible employees who had nothing to do with this situation could have gone unpaid through no fault of their own.
.
On
On
Off