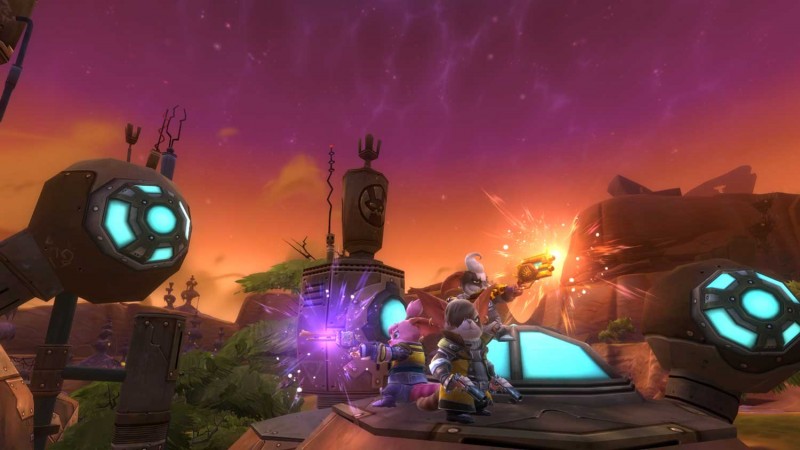 Earlier this month WildStar developer Carbine Studios announced that it was shutting down the free MMORPG as the studio itself was being closed (Carbine is a subsidiary of NCSoft). Now the developer has announced the exact end of the game – November 28.

Before then refunds for purchases after July 1 will be processed by October 3, and the game's final update includes an increase in Omnibit drops, everyone gets Signature status, gear drops for Prime instances and raised have been increased, and more.