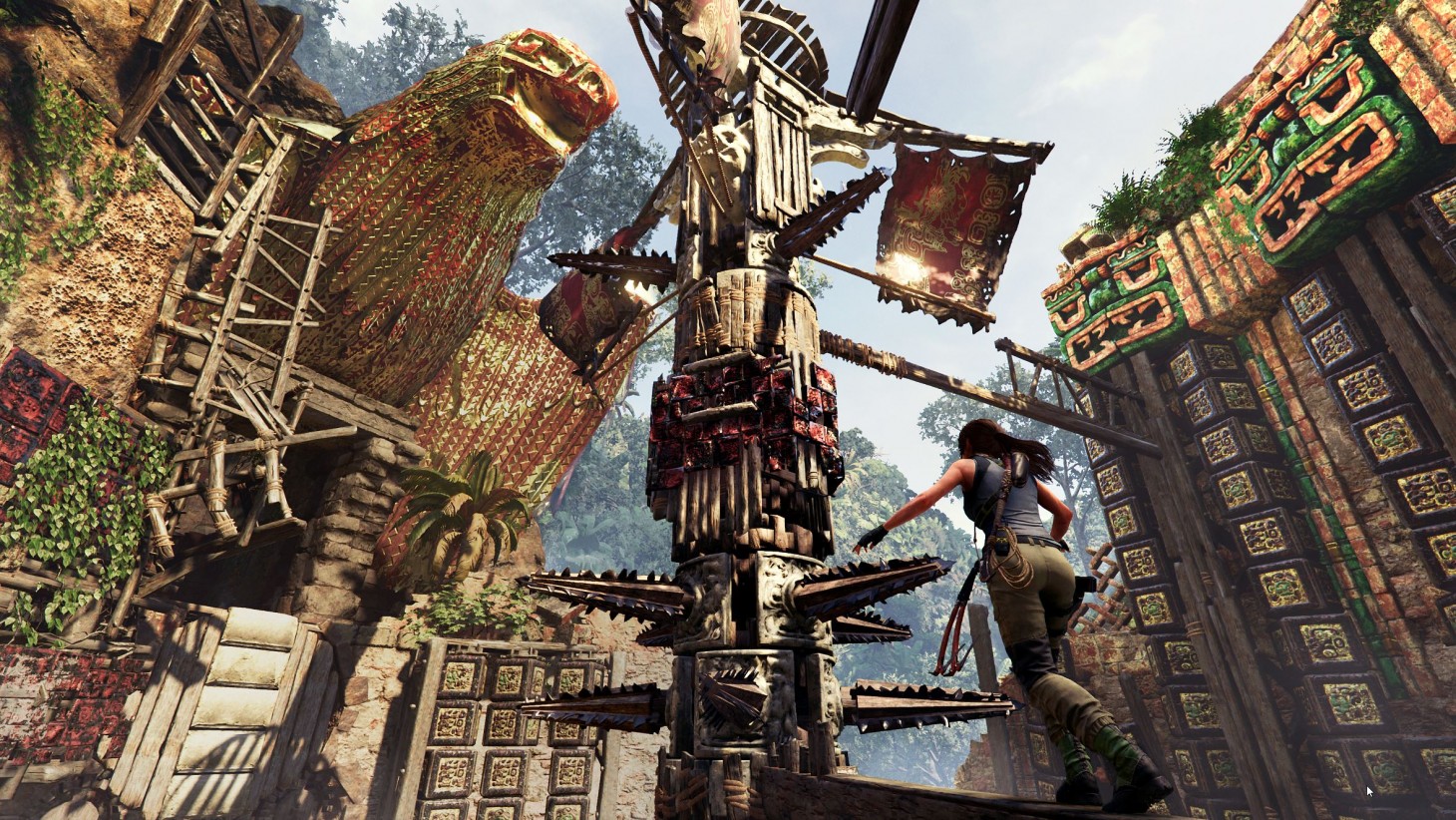 Shadow of the Tomb Raider, while a bit of bumpy-if-wild ride, is supposed to be the game that links the Lara Croft of the 2013 reboot to the Lara Croft who went on all kind of adventures and was a more, for lack of a better word, murderous. The current post-ending scene does make that link a little bit more firm, but the game originally shipped with a different take of that same scene.

WARNING: Spoilers for Shadow of the Tomb Raider follow.

In the post-credits scene players see when they finish the game, we see Lara in her office, writing a letter as her butler delivers some tea. The last shot shows a clear reference to the original PlayStation Tomb Raider: A T-Rex and pyramid, both of which show up in that game. You can watch that scene here, for comparison's sake.

As it turns out, that's not the only version of the ending that shipped with the game. Fans have uncovered another ending for the game, which, while only slightly different, further cements the connection between this trilogy and the rest of the series. (Credit to Youtube User Daft Raider for this upload, and credit to Tomb Raider Forums user Tombstone for originally discovering the ending.)

While the main thrust of the scene is the same (Lara writing a letter and a look at her various artifacts as she comes to terms with protecting history instead of taking it), the specifics are important. Most notably, the person she's writing the letter to is clear in this version: Jacqueline Natla, the antagonist of the first Tomb Raider game.

This ending is only part of the game if you play the game without its day-one patch applied, which means it ships with every physical copy of the game, though only those who don't who play offline or find a way to avoid patching it while playing online. We've reached out to Square Enix for a statement on the two endings.

Regardless, this second ending raises a question about the one most players will see. While it's not as prominently displayed in the patched ending, you can still see an envelop on Lara's desk (at around the 25-second mark). Is that the same envelope? Is Natla still canonically a part of this universe, or was that fact meant to be ambiguous for the player? We may never know.

It's interesting the designers would have chosen to alter the ending this game at the eleventh hour, or made the mistake of unintentionally placing the wrong video file on the disk. The unpatched ending may have seemed a little too hard a nod to fans, or perhaps there were plans for a more obvious connection in Shadow that might have fell through, and this ending no longer made as much sense?
On
On
Off