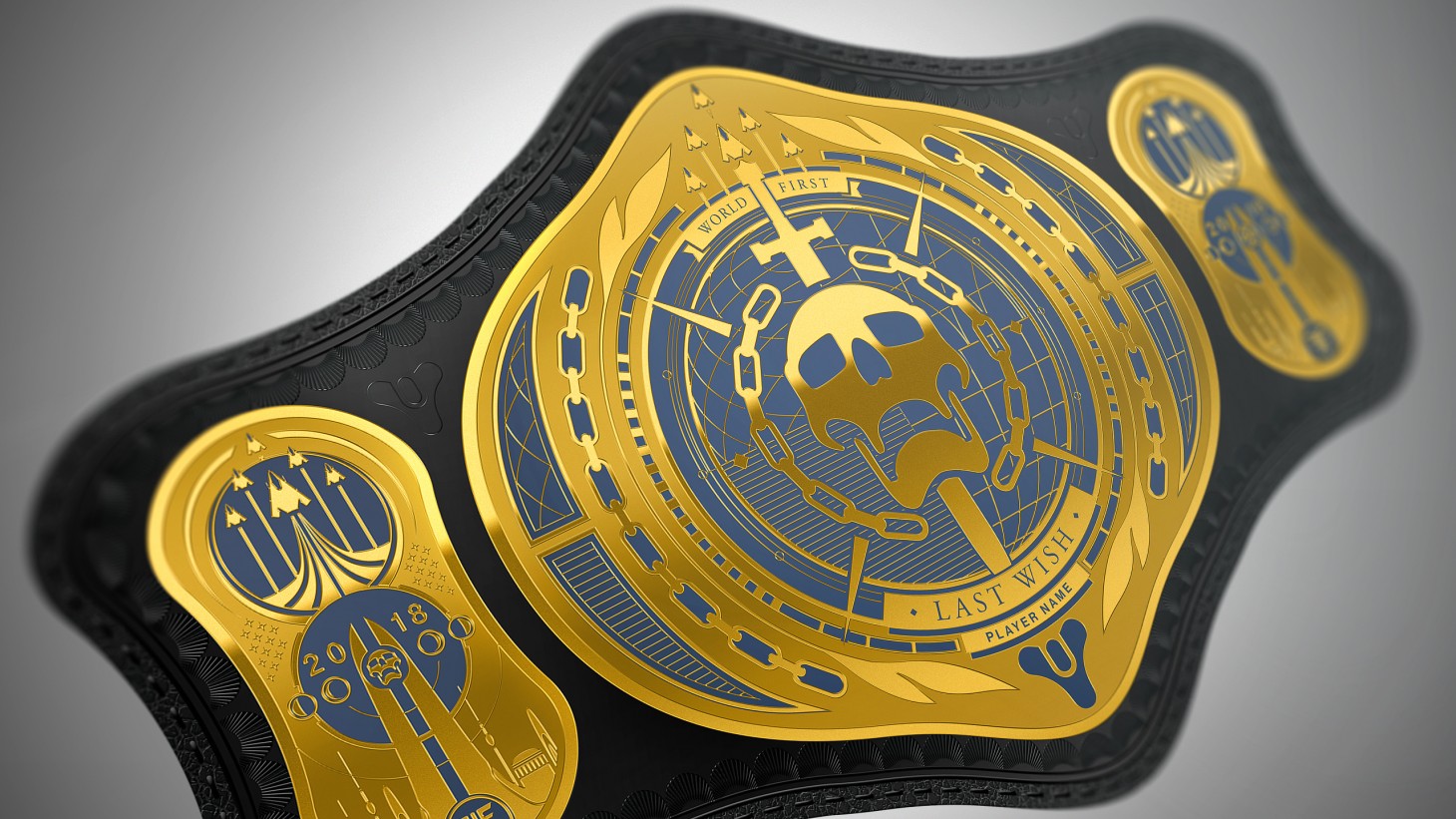 Destiny 2: Forsaken may have already launched this week, but players are already looking forward to the next event: The launch of its accompanying raid, Last Wish, which launches next Friday. Besides the usually thrill of tackling a raid for the first time, players will also have one additional incentive to beat it quickly: A wrestling belt.

Bungie is offering the first fireteam of six players who complete the new raid a wrestling-style championship belt for their efforts. It's not an in-game item, either; this is an actual belt, the kind you can (but probably shouldn't, in public) wear.

Next week also sees the release of Forsaken's first hotfix patch, which will fix a number of bugs, such as players not being to properly buy or be rewarded for buying the edition of Forsaken they want and the included character boost clashing with certain aspects of the game.

I'm never going to get that belt, but I like that Bungie continues to offer its most devoted players physical testament of their accomplishments.
On
On
Off