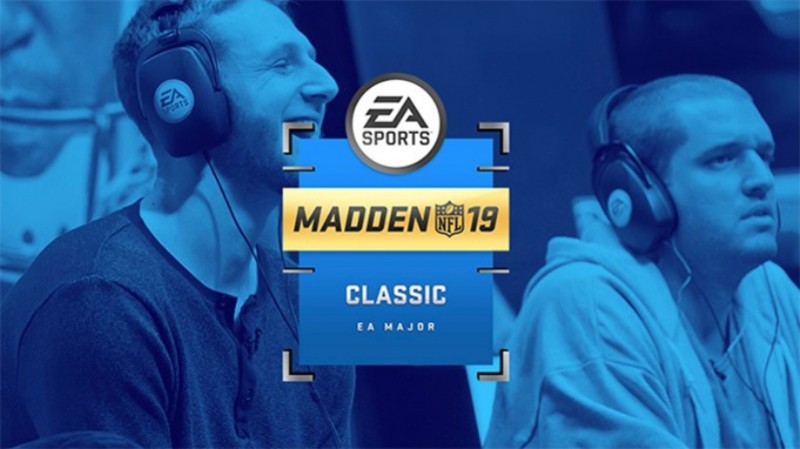 Update (August 27, 8:55 a.m. CT): The Jacksonville sheriff's office hasn't officially identified the two deceased victims in yesterday's shooting, but numerous sources – including those who were at the bar – have identified the pair as Taylor "SpotMePlzzz" Robertson and Eli "True" Clayton.

Robertson, 27 from Ballard, West Virginia, won the Madden Classic for Madden 17 and Clayton, 22 from Woodland Hills, California, had more than $50,000 in total prize winnings.

The tragic situation that occurred Sunday in Jacksonville was a senseless act of violence that we strongly condemn. Our most heartfelt sympathies go out to the families of the victims whose lives were taken today and those who were injured.

All of us at Electronic Arts are devastated by this horrific event, and we also join the community in thanking the first responders who were quickly on the scene.

Our focus right now is on those affected, and supporting law enforcement as they continue their investigation into this crime.

Update (8:40 p.m. CT): The Jacksonville Sheriff's office has announced, pending confirmation, that the shooter is named Brendan Katz, deceased at the scene. Katz, 24, was a participant in the tournament from Baltimore, MD. He was part of the Madden 17 team representing the Buffalo Bills under the name "Bread" or "Sliced Bread." From EASports:

Winner: David “Bread” Katz
In what some are calling the most exciting moment in all the 2017 NFL Club Series Championships, David “Bread” Katz won with a walk-off victory by completing an unbelievable pass as time expired to be crowned Buffalo Bills Champion. The crowd at 716 Food and Sport in Buffalo, NY was amazed with the clutch execution in the 4th quarter!

Jacksonville police have said they are working with the FBI and Baltimore authorities for more information.

The sheriff's office has put the current death count at three fatalities, including the suspect.

#TheLandingMassShooting - Three deceased individuals were located at the scene, one being the suspect.

13 victims
-11 with gunshot wounds
-2 with other injuries
1 suspect deceased https://t.co/qBJvkaO7xT

This is a horrible situation, and our deepest sympathies go out to all involved.

EA has supplied us with the same statement when we asked for comment.

Update (2:47 p.m. CT): Another player at the tournament,  Steven “Steveyj” Javaruski, has reported that the shooter was a participant. who lost earlier in the tournament and returned to the venue. Javaruski spoke to the LA Times before cutting off media requests.

The shooter “targeted a few people” and shot at least five victims before killing himself, Javaruski told the LA Times. Javaruski also said on Twitter that he is done with Madden tournaments from here on out.

I got out. Police escorted me. I’m done going to any Madden events not EA Majors with security.

Another player, Drini Gjoka, also tweeted, saying "Worst day of my life" on social media. Gjoka says he was hit in the thumb.

I am literally so lucky. The bullet hit my thumb

Multiple news sources and the Jacksonville Police Department are reporting that a mass shooting in Jacksonville, Florida with multiple fatalities took place at a Madden 19 tournament.

The shooting took place at the GLHF Game Bar during a qualifying event for a Madden 2019 tournament sanctioned by Electronic Arts. Jacksonville police have warned people to stay away repeatedly and confirmed multiple fatalities at the scene.

Mass shooting at the Jacksonville Landing. Stay far away from the area. The area is not safe at this time. STAY AWAY #TheLandingMassShooting

The police department has also confirmed that one suspect is dead, but could not say if there was more than one suspect at the scene.

One suspect is dead at the scene, unknown at this time if we have a second suspect. Searches are being conducted. https://t.co/qBJvkaO7xT

The event was being livestreamed on Twitch, which caught the first moments of the shooting. Players were gathered around a television when shots could be heard on stream and the camera abruptly cuts off. Multiple clips  of the footage have been removed already.

We'll continue to monitor the story as it develops.