The Last Remnant is one of those RPGs very few people played, but those that did mostly fell in love with. The spiritual successor to some of the SaGa series' best ideas, The Last Remnant achieved some success on PC, but it seems like Square Enix is delisting the game in two weeks and it's not entirely clear why.

The Steam page for the game updated news today to give a fairly detail-free announcement that the game is being removed. "We will soon be discontinuing digital and physical sales of The Last Remnant on PC," the post read along with departure times by region. We have reached out to Square Enix for clarification but did not receive anything back by the time of writing.

The Last Remnant was Square Enix's first foray into the world of western engines, using Unreal Engine 3 for what Square Enix called a cornerstone of their western strategy. Announced for PlayStation 3 and Xbox 360, the PS3 version was eventually unofficially cancelled as the developers struggled with the engine on the console and the 360 version running notably poorly. It wasn't until the game got ported to the PC that players started picking up on the title, especially during the heyday of Steam sales.

If you've already purchased the game, digitally or physically, you should be good for the foreseeable future, but this is your last chance to buy the PC version of the game before September 4.

I've played through the game (and love it) but I don't really know what is in this game that would warrant needing to pull it for a license expiring or something like that. I'm really curious why this is getting delisted and whether we can expect that to happen to other games.
.
On
On
Off 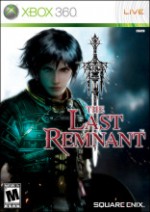