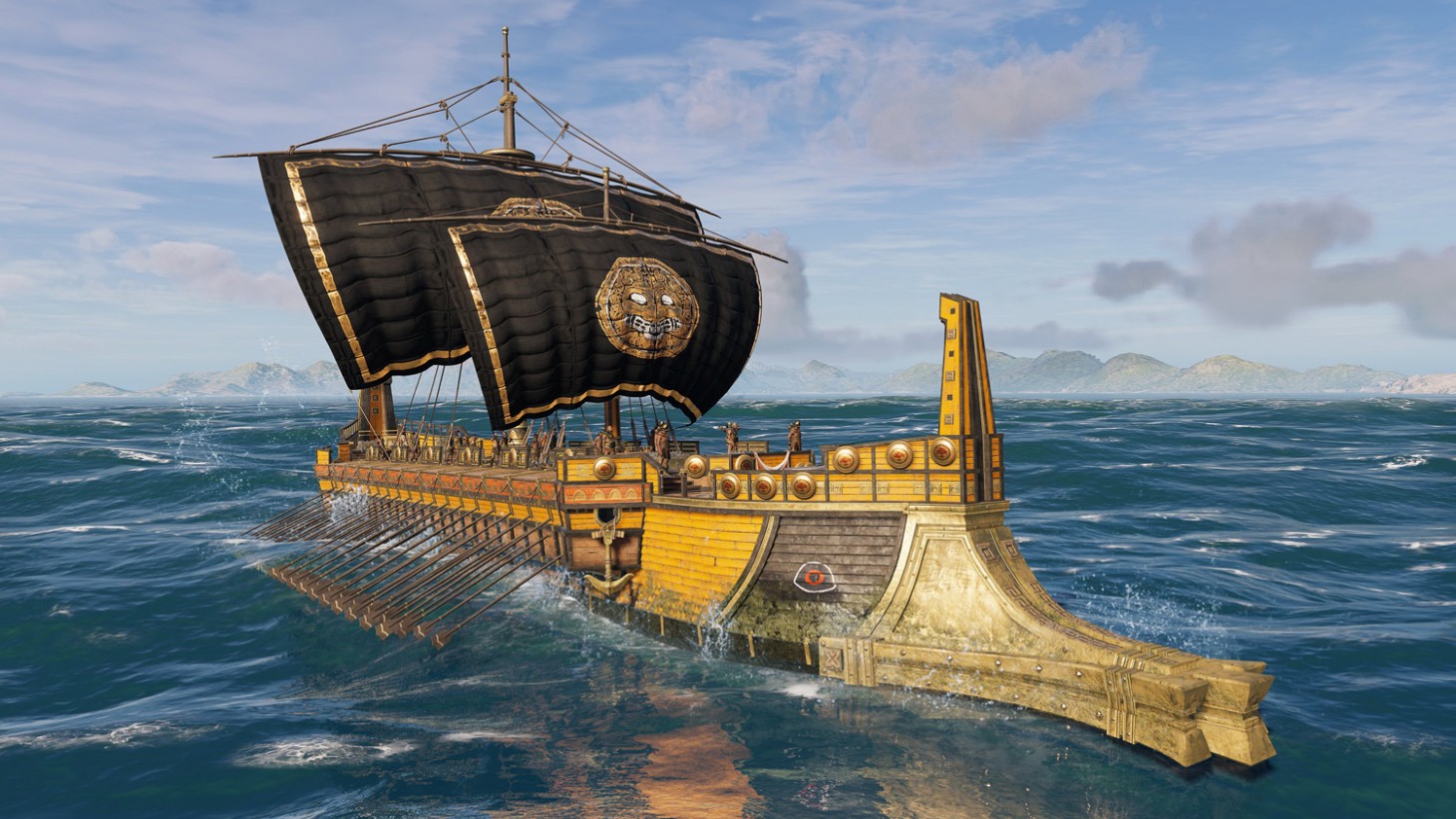 Naval combat is one of many ways you can flex your muscle as a mercenary in Assassin’s Creed Odyssey. However, if you are a player who especially loves this facet of life in ancient Greece, you may want to test yourself beyond the typical high-seas encounters. The team at Ubisoft Quebec has a solution for that: Alpha Ships. These are vessels scattered throughout the world that will put your naval combat prowess to the ultimate test – and yield commensurate rewards.

“When an Alpha Ship is defeated, the player gains the Alpha Ships’ customization options for their own ship,” game director Scott Phillips says. “So, they can now have the same hull and sails pattern as the Alpha Ship they defeated. Players also gain a lot of regular resources as well as some rare resources and epic chests.” So, if you like the look of the Porphyrion (pictured above) or the Theia (pictured below), you can apply their visual style to your own ship if you defeat them. Of course, that is easier said than done.

Alpha Ships are triremes and heavy triremes that present unique challenges for players who have invested in naval combat. Odyssey has at least 12 of them, and they often demand specialized strategies. The Pophyrion and Theia, for example, lean heavily on a few powerful attacks. “They only use fire arrows and fire javelins and make use of their huge size to cause massive damage with ramming,” Phillips says. “Also, the heavy trireme Alpha Ships have a fire barrier attack where they create a wall of fire in the water making them a challenge to reach.”

In addition to those attacks, other factors can complicate these battles. Maybe nearby Athenian and Spartan ships prevent you from focusing on a one-on-one fight. Nearby land masses might make positioning difficult. Also, the dynamic weather system in Assassin’s Creed Odyssey means you might also have to contend with storms during these encounters. 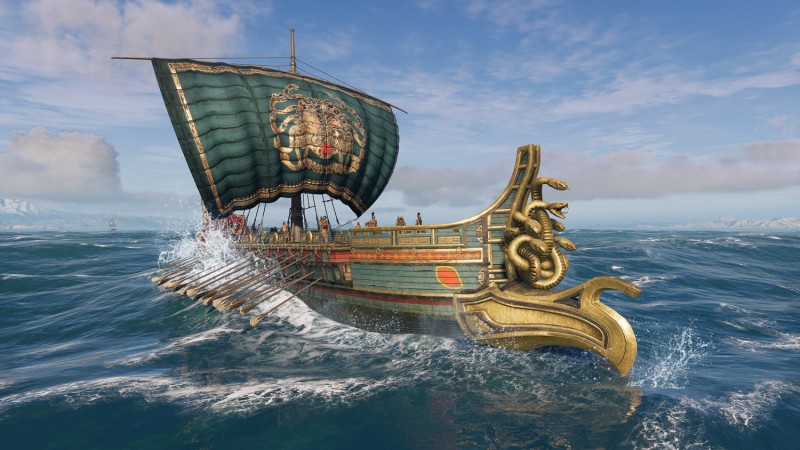 Ultimately, your victory depends on a few factors. The upgrades on your ship are obviously crucial, but maneuverability also plays a key role. “Since the players’ ship is very agile, it can be easier to ram and escape, making ramming a more effective tactic than in the past,” Phillips says. “Drifting to avoid attacks and boosting to escape or adjust your tactics provides space during the conflict, so proper ship maneuvering is quite important in Assassin’s Creed Odyssey.”

You can encounter Alpha Ships all over the world, from remote corners of the sea to hard-to-miss locations between islands. And while they are intended to be challenging, the expectation isn’t that you need to wait until post-game before engaging any of them. “There are Alpha Ships available starting at level 12 and going all the way to level 50 – the top level of the game,” Phillips says. “So, players can challenge themselves at any moment with one of these battles.”

For everything Alpha Ships offer, they aren’t the only high-end challenges players can undertake. If you don’t care for naval combat, the team still has tough foes to test yourself against. “On land, the most prominent one is the Legendary Animal Hunt,” says Phillips. “These are enraged beasts spread across the entire world at various levels with their own custom combat behaviors to create unique challenges. There are quests based around each of them and legendary rewards for completing the entire hunt.”

Whether you’re fighting on land or sea, Assassin’s Creed Odyssey aims to give players a variety of goals at every stage of the game. For more on the many systems and activities in the game, check out our coverage hub full of exclusive features by clicking on the banner below.