If you like grand strategy games, your platform of choice has always been limited to PCs. Outside of a few games like Civilization Revolution, the genre has been dramatically underrepresented on consoles. Paradox Interactive has plans to test these uncharted waters by migrating its space exploration strategy game Stellaris to PlayStation 4 and Xbox One.

Stellaris: Console Edition promises to bring the full PC experience to the new platforms courtesy of developer Tantalus Media. Both the standard and deluxe editions (the latter of which includes the Plantoids Species Pack, plus the upcoming Leviathans Story Pack and Utopia Expansion) are built off version 1.7, and Paradox promises to support the game with new DLC moving forward.

Stellaris: Console Edition currently has no release date. You can read our review of the PC game here. 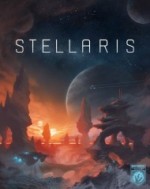