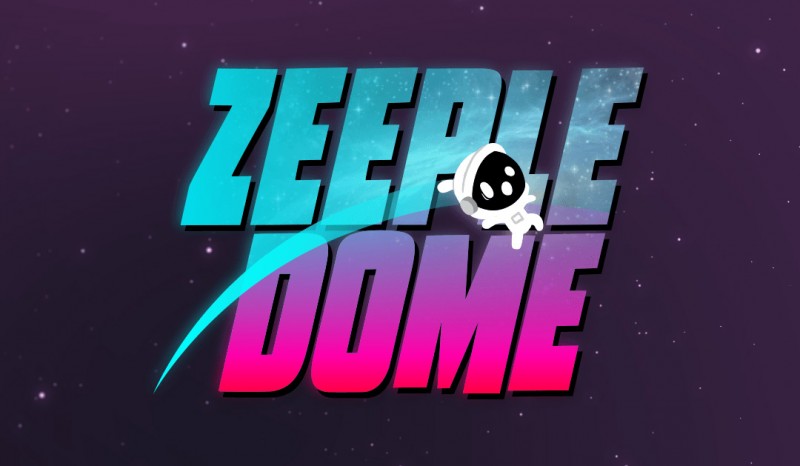 The Jackbox Party Packs are known for irreverent wordplay/drawing games that are great to play with a group, like Quiplash and Fibbage. However, you can only have so much fun with letters and doodles, so it looks like the team is trying something new; today Jackbox Games revealed that the final piece of Jackbox Party Pack 5 is a slingshot-physics game called Zeeple Dome.

Making sense of the action in that trailer isn't easy, but Zeeple Dome is clearly more action-focused than Jackbox's traditional fare, with an emphasis on aliens, weapons, and explosions. Plus, it supports up to six players.

We'll learn more about Zeeple Dome when Jackbox Party Pack 5 releases this fall. For a closer look at the title, you can see us play a round of Patently Stupid, another new creation for this year's compilation.