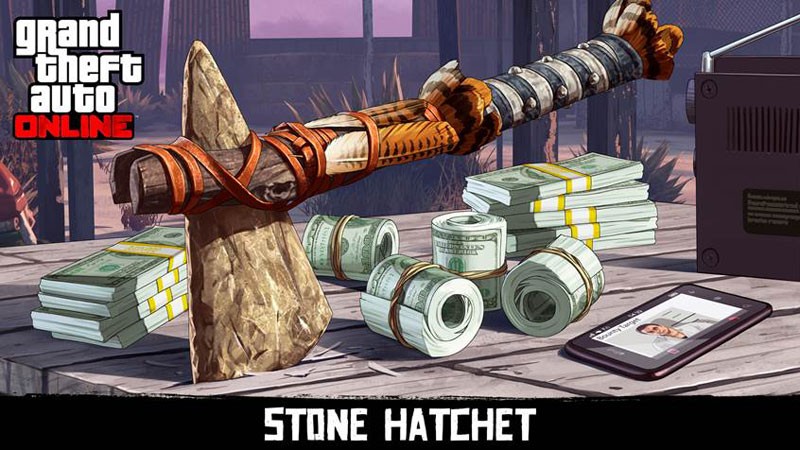 Red Dead Redemption II is bound to be filled with deadly scoundrels, predators, and assorted ne'er do wells. It only makes sense that you'll want to be as prepared as possible before you head out into the wilds. Rockstar has created another crossover between its two big franchises, which could help give players a little edge – and pass the time until Red Dead II's October release date.

GTA Online players can accept a series of new bounties from Maude Eccles from their iFruit phones. Once they're all taken care of (dead or alive, of course), the location of a new stone hatchet will be revealed. Collect it, and it's yours. If you complete its associated kills challenge, you'll earn a cool $250,000 bonus of in-game currency, and also unlock the weapon for use in Red Dead Redemption II.

It's similar to last year's double-action revolver challenge.  If you missed out on that one, don't worry – Rockstar is giving players another chance to earn the weapon, so keep an eye open for an in-game text that will tell you how to get it.

Red Dead Redemption II is coming to PlayStation 4 and Xbox One on October 26.