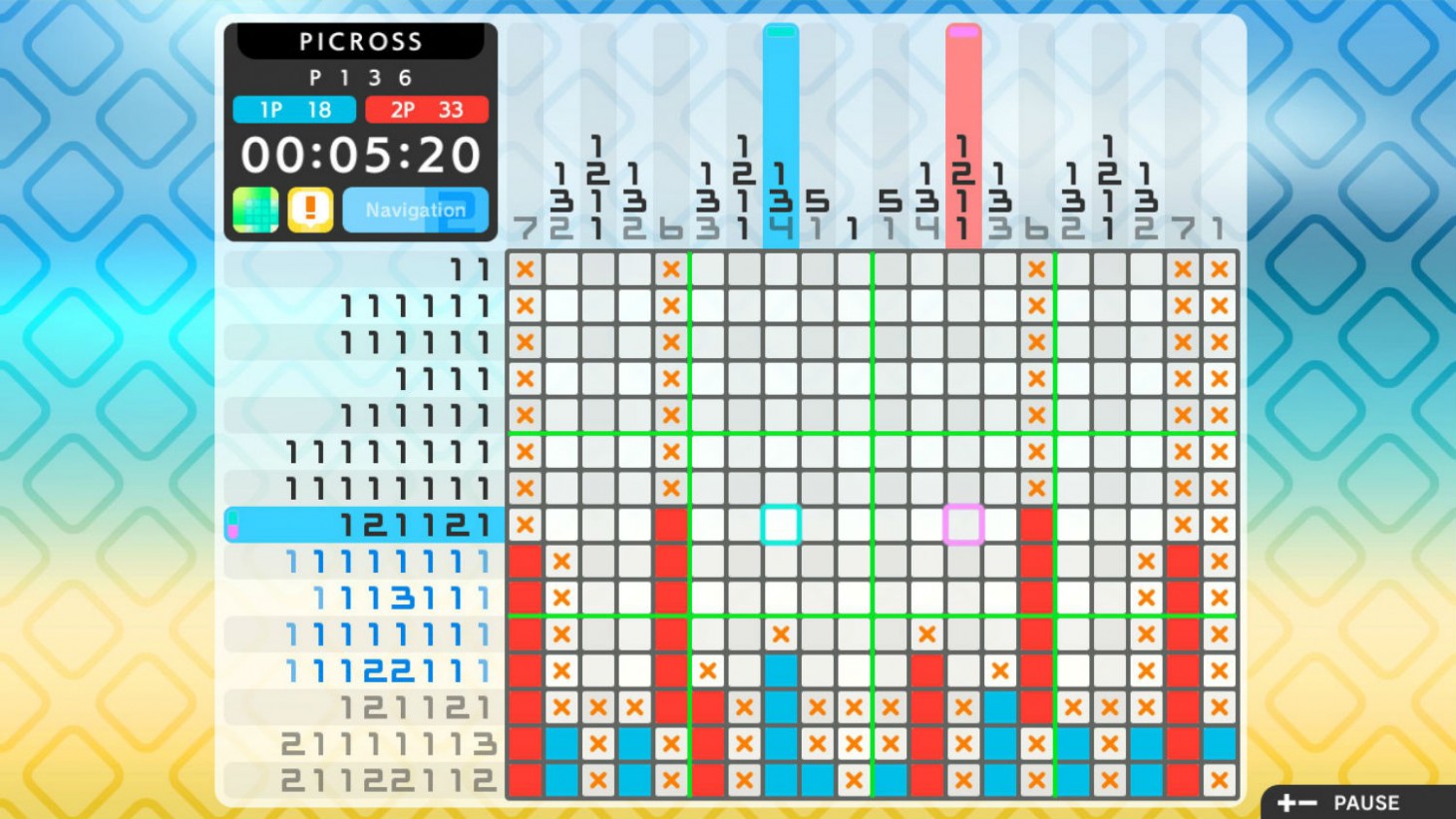 Picross S2 Is Coming To Switch Next Week

As with the original Picross S, Picross S2 has been announced out of the blue, with a release date that's just around the corner.

Coming August 2 (that's next Thursday!), Picross S2 features a new "Clip Picross" mode, which looks to split the board up into several pieces and has you "solving the questions" on those clips in order to complete the larger board.

The other new feature lets you count squares within the game itself by moving the cursor instead of in your head. Neat.

Of course, it also has your typical Picross offering of 300 Picross and Mega Picross puzzles, as well as 100 Clip Picross puzzles. As with the first Picross S, you cannot use the Switch's touchscreen controls.

I'm told that "with simple, easy-to-follow rules, Picross is a game for everyone," but I've never invested the half hour it would probably take me to understand a Picross board, and I'm not about to start now or on August 2.
.
On
On
Off