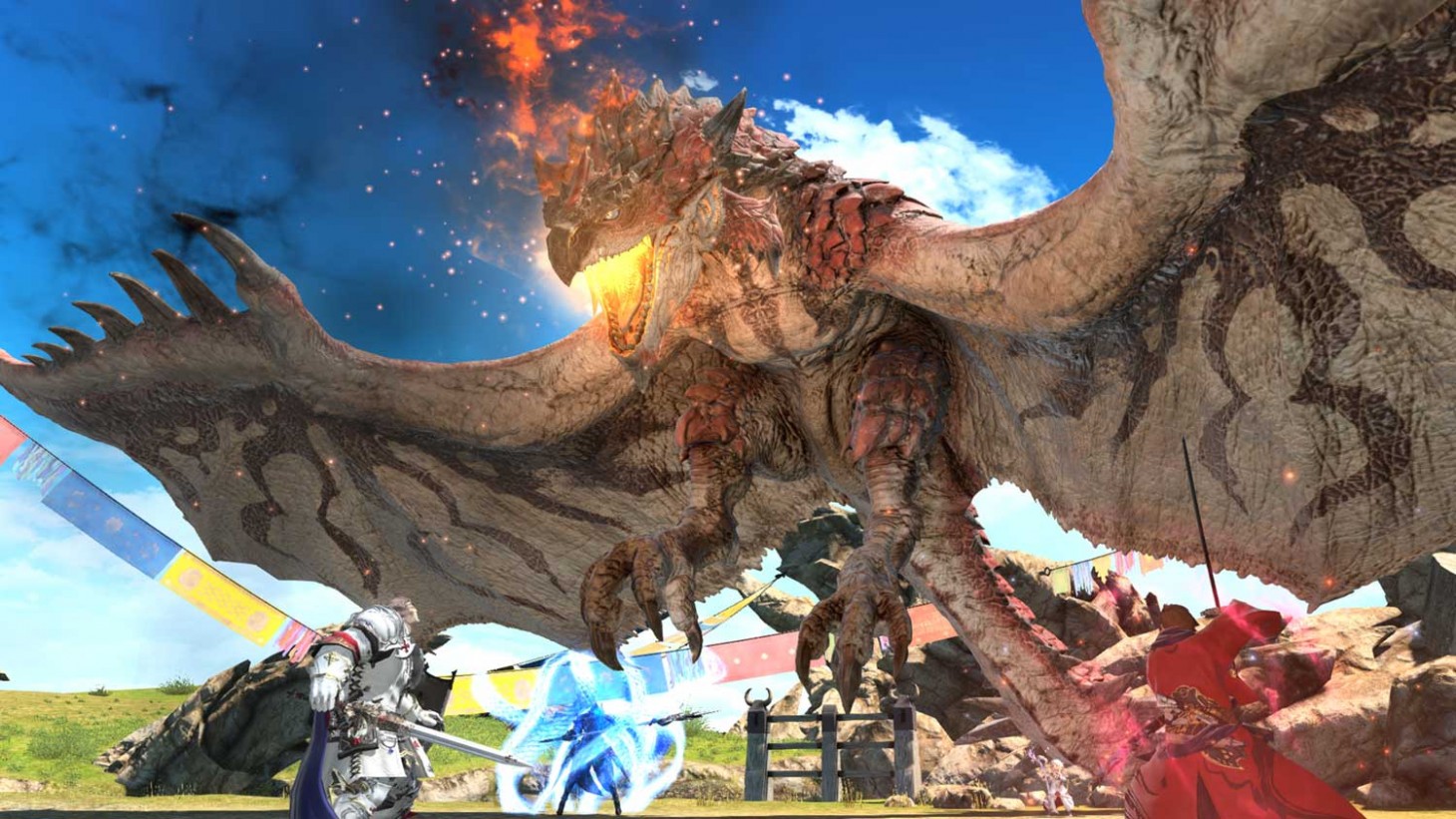 The crossover brings in Rathalos, King of the Skies, as well as special game mechanics as an homage to Monster Hunter: World.