When Yooka-Laylee, the Banjo & Kazooie spiritual successor developed by Playtonic Games, was originally crowdfunded, one of the stretch goals included a "64-Bit Tonic." This would transform the game into a N64 world of low-res textures and low polygon counts to better evoke the nostalgia of the era.

Today, Playtonic provided an update on this feature with a screenshot of the demaster in progress. 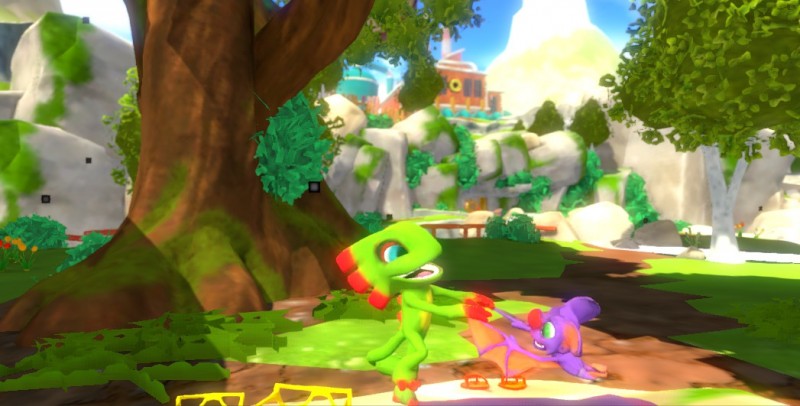 The new mode seemingly looks a bit blurrier and lowers the polygon count by a lot. Playtonic didn't expand on it much beyond the screenshot, but did say they're continuing to work on it.

You can see the full blogpost here.

I think it looks a lot more like a PS2 game than a N64 one. That said, maybe an accurate N64 mode would be extremely hard to play if not designed for the era.
.
On
On
Off