What To Watch This Weekend: SGDQ, Dragon Ball FighterZ, And Hearthstone

Summer is quickly heating up into very uncomfortable temperatures, which makes it all the more pressing that you cool off with speedruns, tournaments, and leagues this weekend.

Summer Games Done Quick will conclude later today (okay, let's be honest, early Sunday morning), so this is your last chance to blow off whatever else you might have going on for speedruns of Crash Bandicoot N. Sane Trilogy, Undertale, and Final Fantasy VI. (Stream / Schedule)

Community Effort Orlando (CEO) is a major fighting game tournament, which means most of the FGC's eyes are on the event this weekend. This is the first stop on the big Dragon Ball FighterZ pro tour, which means we should see some top competitors here. Of course, the standard Street Fighter V, Tekken 7, Super Smash Bros. For Wii U. and many more. (Stream / Schedule)

Heartstone's Summer Championship is upon us, which means a full weekend of high-level plays in the latest expansion. (Stream / Schedule)

The League of Legends North American LCS rages on this weekend, and today you watch several teams from the region face off to cement their pole positions in the league. (Stream / Schedule)

We also have more Heroes of the Storm action this week, as the HGC heads into the first week of its second phase. (Stream / Schedule)

You can also watch high-level Rainbow Six Siege action at the ESL Benelux League season 1 finals, so if tactical infiltration is more your thing, give it a shot. (Stream) 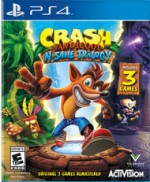