Check Out Some Of SGDQ's Coolest And Most Eventful Runs

Have you been watching Summer Games Done Quick this year? The marathon runs 24 hours a day for the entire week, so unless you've been going entirely without sleep, there's a good chance you missed some great content. Taking time zones into account, even just watching during the event's primetime slots means you probably haven't seen what people are talking about.

The Game Informer staff and followers on social media let us know what they think the best runs from SGDQ this year. There's drama, tension, masterful control, and of course, speed. 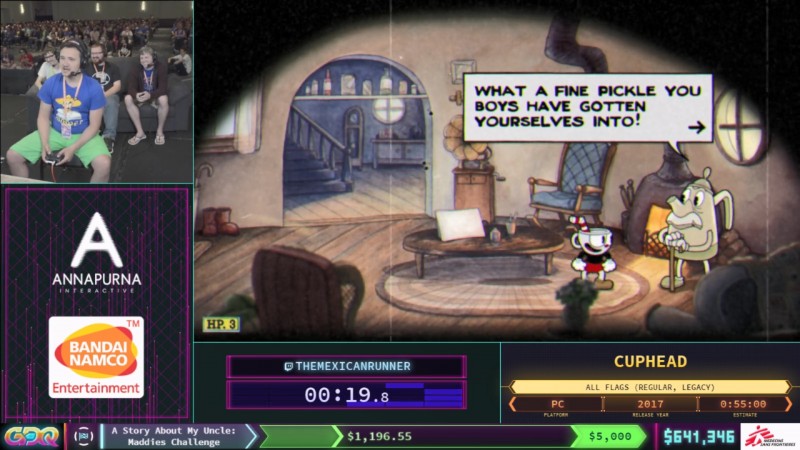 The first run you want to check out is Cuphead, which you can watch via Twitch VOD here. TheMexicanRunner basically dismantles the game in a way that, even if you found the game pretty easy, makes it look like child's play. For a game that isn't particularly old, TMR has seemingly mastered it.

The Super Mario Bros. 3 race between grandpoobear and mitchflowerpower, available on Twitch VOD here, is likely the most eventful GDQ race ever done. During the race, mitchflowerpower's console freezes due to accidental reverberations from grandpoobear, prompting poobear to sit and wait for mitchflowerpower to catch up before he continues on. What follows is some of the best sportsmanship GDQ has ever seen and an ending that left the audience reeling.

One of our audience suggestions was the Pikmin 3 speedrun by 360Chrism, which you find below. The run balances Pikmin's multiple protagonists as 360Chrism uses the Wii Remote and nunchuck to control the game and keeps the Wii U gamepad as a map screen in front of him. Experience Pikmin 3's insane nightmare bosses in record time and the pain of the commentator couch which promises to donate money for every Pikmin lost.

Fans of Catherine, or just fans of crazy runs, will want to check out the two-controllers-one-runner run of the game's Tower of Babel competitive mode. Ghoul02 basically plays against himself while climbing the puzzle platformer's tower in a way that I don't think I could do with one player on one controller. 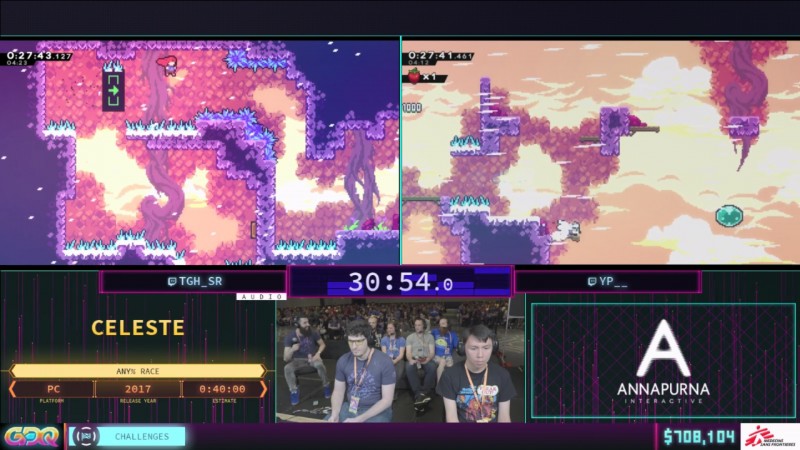 Another excellent run is Celeste, this year's indie platforming success, right here on Twitch. The two runners, TGH and yoshipro, hold the first and second best times in the world respectively. The commentator couch includes the team behind the game who talk about all the intended (and unintended) speedrun tech in the game. It's a tight race you definitely won't want to miss.

Our readers on social media also wanted to make special mention of the Tomb Raider (PS1) run by Beckski93. Even just glitches of watching Lara slide across the floor are made entertaining and it's always fascinating to remember the slow descent into madness that game's enemy design takes.

Recommended by the actual SGDQ staff, the Sonic the Hedgehog 2 and 3 runs are both excellent. Runner mike89 goes through both games (& Knuckles) and manipulates the titles so every small movement becomes a game-changing tactic. 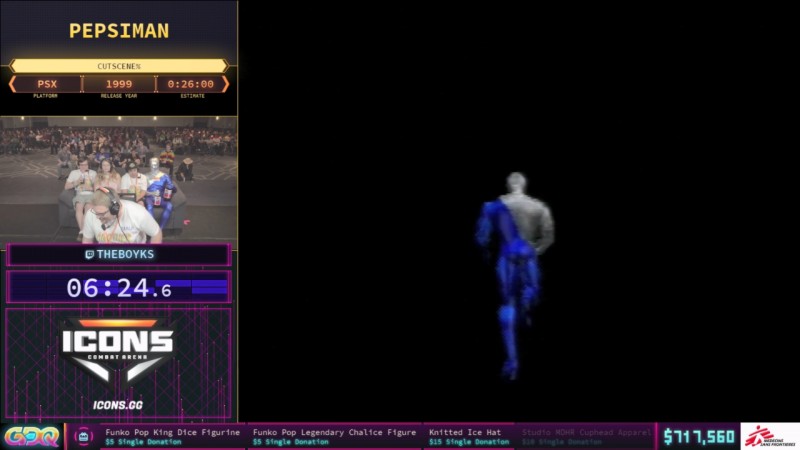 Finally, you must watch Pepsiman. Based on a Japanese ad campaign of a, well, Pepsiman, the Pepsiman is a running game for the PS1 run by theboyks. This speedrun includes all the cutscenes, which has a man looking at the camera and saying "Pepsi TV Game" and that's it. Fun note: Kotaro Uchikoshi, the writer and director behind the Zero Escape series, was the 3D modeler for this infamous game.

SGDQ continues through the weekend, so make sure to watch and donate for charity. Got any suggestions for runs people need to watch? Let us know below in the comments.