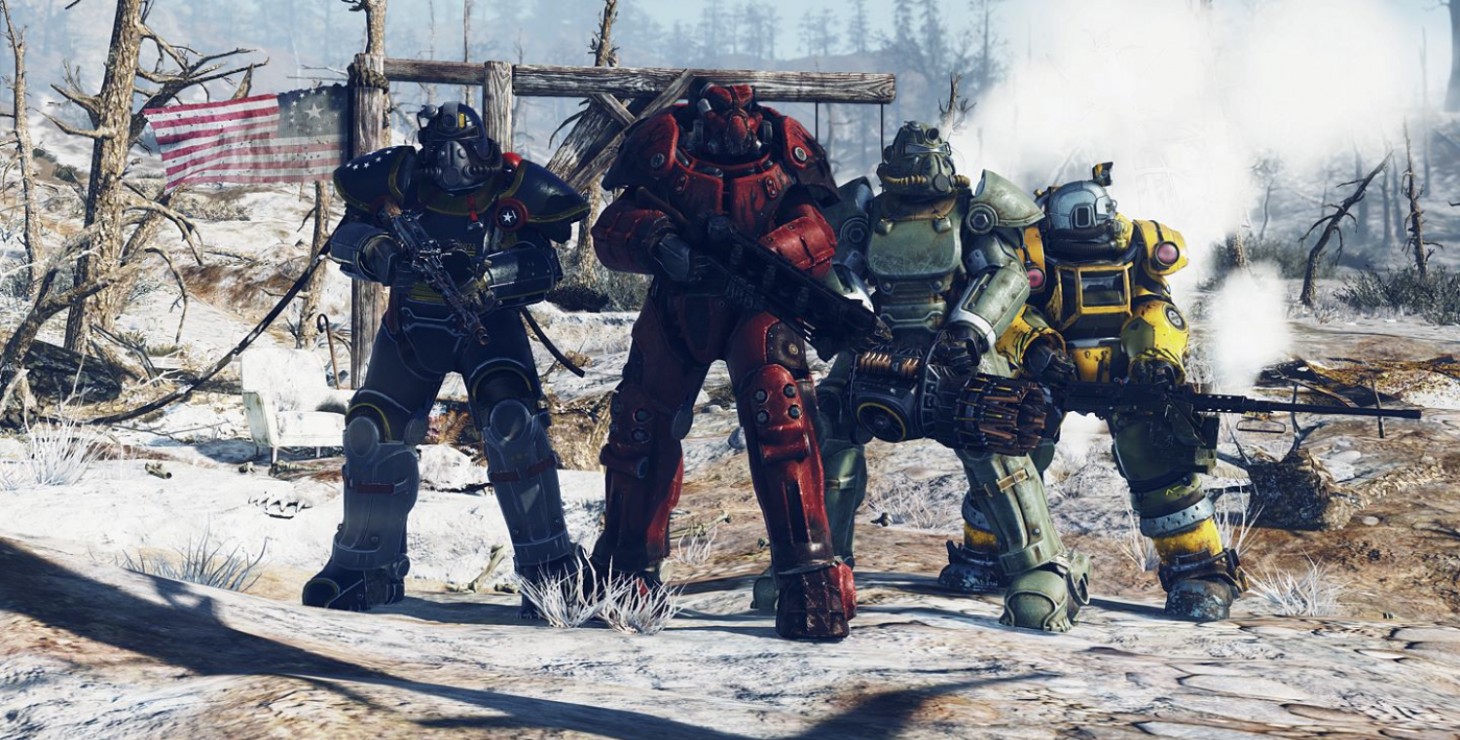 It's well known at this point that Sony is the behind the block to crossplay between the PlayStation 4 and other consoles, something Shawn Layden says they're currently examining. Sony has business reasons for not wanting crossplay (though their Epic account locks are certainly a lot more debatable), but for the most part, publishers have stepped back from involving themselves in the argument. Epic's method of pointing to Sony is to put a message in the Switch version of Fortnite telling customers not to contact Epic. Psyonix says they could turn it on in a day if Sony allowed them. Few large publishers seem to really want to talk about it outloud.

In a video interview with German website Gamestar.de, Bethesda Games Studio's director and executive producer Todd Howard is directly asked about crossplay for this year's Fallout game, Fallout 76. "We would love to do that," Howard said, "but right now that's not possible." Howard pauses for a second, then begins "Sony isn't being as helpful as we want them to be."

It's not clear if there will be crossplay between either console and the PC for that matter, but as of right now, it is definitely not happening between the two console versions themselves. Fallout 76 releases on PlayStation 4, Xbox One, and PC on November 14.

Howard is known for his often candid answers, so it's not surprising that he says outright why crossplay isn't happening. It's a rough situation for Sony, who has good business reasons for not wanting to do it, but is increasingly finding bad PR around every corner of this messy situation. If developers and publishers are going to sing with a unified chorus of "We want this but Sony doesn't let us," then the business reasons aren't going to be enough to not do it.
On
On
Off