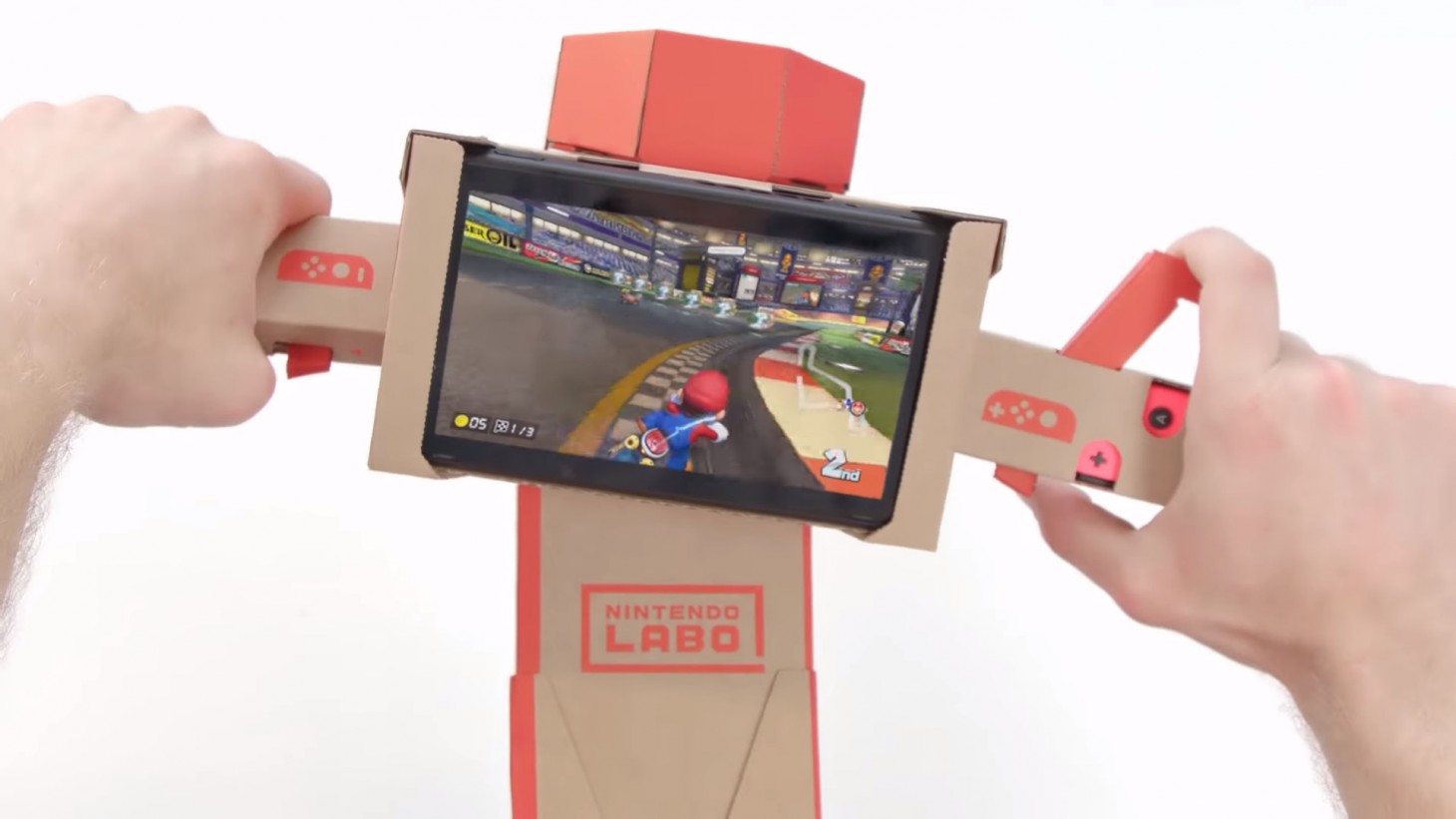 The Nintendo Labo Variety kit, a collection of cardboard sheets and software that can be used to turn into various different items, has been out since April 20. In that time, though, the software has only been able to interact with itself, letting players for example play a motorcycle game on its own, without much interaction with other Switch games.

Today, Nintendo is changing that, now letting that same motorcycle shell function with Mario Kart 8. You can set it up after updating MK8 Deluxe with a patch out now. Check out Nintendo's video for it below.

It's a pretty simple implementation, you can play with the Switch in the handlebars or just using the joycons saddled into the handlebars while the Switch is docked. The trailer also shows that you can use it to play multiplayer with however else anyone wants to play – Pro controller, split joycons, single joycon, whatever.

If you don't want to buy the entire Variety pack, Nintendo sells just the motorcycle equipment from its own website.

Are there any Labo implementations you think Nintendo should incorporate into their games? Let us know in the comments below.

I knew a woman in college that never played any other game than Mario Kart Wii and only played with the Wii Wheel but she destroyed everyone else and would frequently win money matches with the rest of the dorm. If this functions like the Wii Wheel, I can see it appealing to some people quite a bit.
On
On
Off