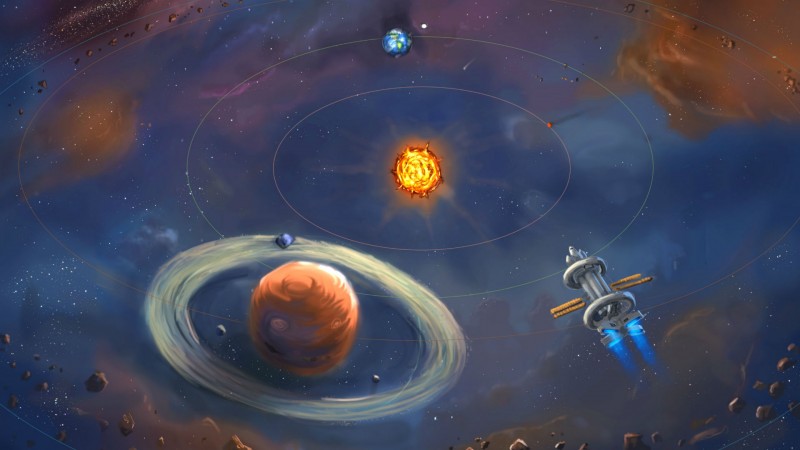 Update 10:14pm: Stardock has sent statements to Game Informer responding to some of Ford and Reiche's claims. A Stardock representative states that, while Ford and Reiche claimed back in December that the company was attempting to prevent them from making the game, "Stardock not acquiescing to Fred and Paul being able to call their game 'a sequel to Star Control' is not tantamount to Stardock prevent them from making their game."

Regarding the pair's ownership of the series itself, Stardock claims that "since Ford and Reiche were contracted developers for the original Star Control, they ultimately never owned any rights to the Star Control trademark."

Additionally, regarding the two's claim that Wardell did not question their ownership of the series, the company states that "Stardock has consistently been clear that they own the Star Control trademark."

We have also updated the original story to clarify that Stardock owns the trademark to the Star Control series, and to reflect that Star Control: Origins is in fact available for purchase on Steam and GoG.

Original Story: In the next chapter of the fight for control of the Star Control series, original series creators Fred Ford and Paul Reiche have started a Gofundme fundraiser for the estimated $2 million they need to defend themselves against Stardock, which is suing them for the rights to the franchise.

The short version of the backstory here is that Ford and Reiche developed the first two Star Control games, but, through a serious of closures and buyouts, Stardock currently owns the trademark to the Star Control series. Stardock is currently developing Star Control: Origins using the name of the series but none of the alien species in the original games, while Ford and Reiche's company, Dogar and Kazon, is creating Ghosts of the Precursors, which is billed as a "direct sequel" to Star Control II.

Ford and Reiche alleged in December that Stardock was suing them over Ghost of the Precursors. They also believe Stardock does not have the trademark to Star Control, and filed a counterclaim against the company back in February. Since then, the Star Control games (save for Origins) have disappeared from the likes of Steam and GoG, Ford and Reiche have posted timelines and legal settlements from their side of the story, claiming Stardock CEO Brad Wardell had at first not questioned Ford and Reiche's ownership of the series, then quickly (the next day) turned around and threatened litigation.

Now the two have launched the Gofundme to raise $2 Million, which the pair say will go towards defending themselves from Stardock's "lawsuit against us, seeking not just to prevent the creation of Ghosts of the Precursors and to take our past creative work, but also, bizarrely, to strip us of credit as creators of the original game."

In the meantime, Star Control: Origins is due to release on September 20. No release date for Ghosts of the Precursors has been set.

I again am and will likely never be a legal expert, so I can't say who's in the right here. That said, Ford and Reiche's claim that Wardell at first said the two owned the series then turned on them doesn't paint the latter in a good light. We'll have to see how this story develops.
.
On
On
Off