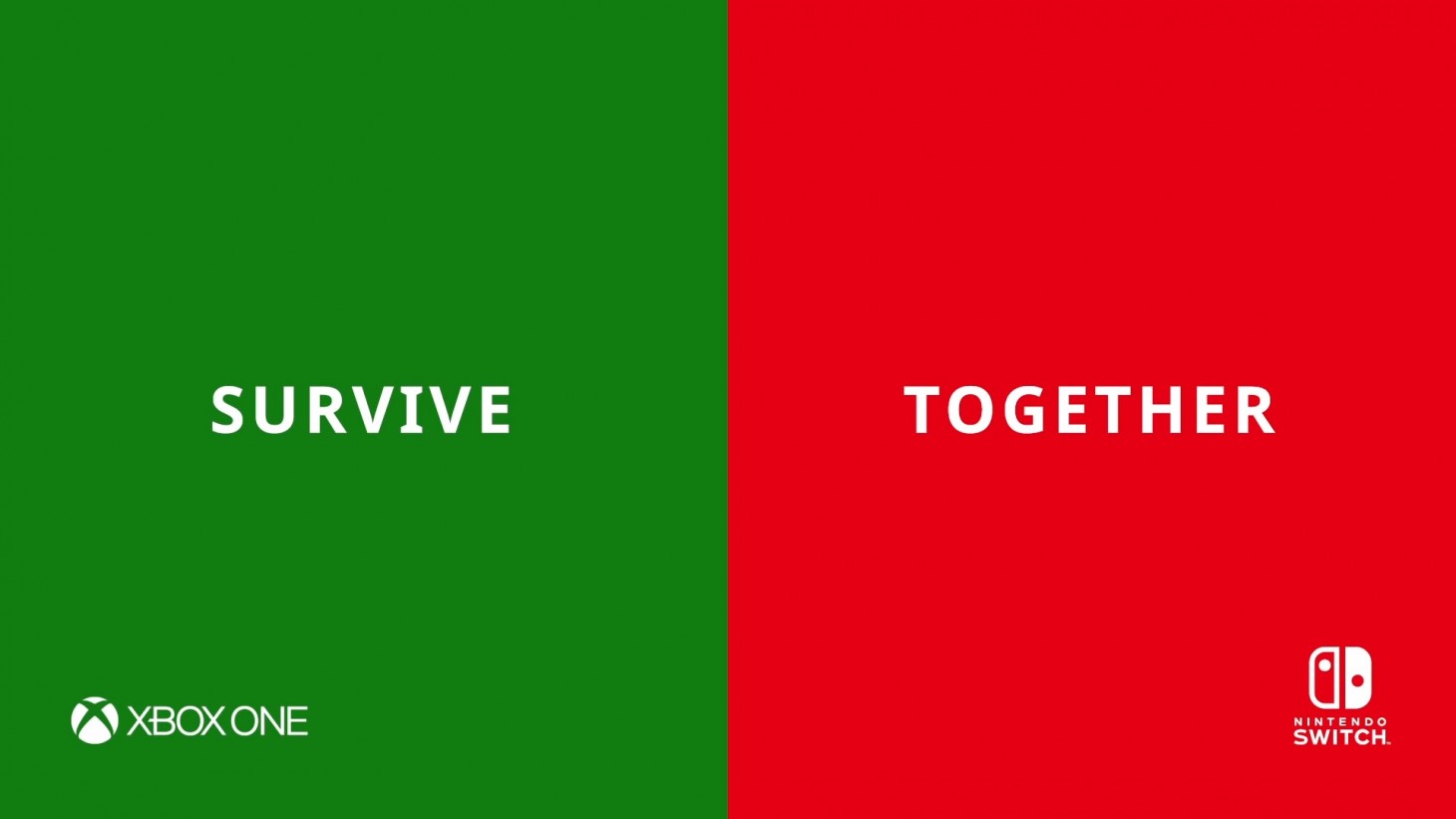 Microsoft And Nintendo Are Playing Up Their Cooperation On Twitter

With the release of the crossplay update for Minecraft on the Switch, the portable version of Minecraft can now play together with PC, mobile, and Xbox. Microsoft and Nintendo are taking quite a bit of glee in this on social media.

Hey @Xbox, since we can play together in @Minecraft now, did you want to build something? pic.twitter.com/LIylWy3yXZ

Nintendo started the tweet chain by asking the Xbox account if they want to build something. In case anyone is curious, according to Twitter search, this is the first time @NintendoAmerica has ever messaged @Xbox. There is no record of the Nintendo account ever interacting with @PlayStation.

Our bodies are ready. What are we building?

Microsoft replied with "Our bodies are ready," a reference to Nintendo of America president Reggie Fils-Aime saying "My body is ready" during a Nintendo E3 stage demonstration of Wii Fit, which quickly became a meme and almost as quickly became not funny.

Well since you two seem so lovey-dovey now, why not try building something like this? Have fun! pic.twitter.com/4wMD1FpDA9

At this point, the Minecraft twitter also gets involved, pushing the Xbox and Nintendo accounts to build a heart. The Minecraft account never learned the lesson that you can't push these things and just let it happen organically if you want it to last, but Xbox and Nintendo seem into it, with Microsoft reminding people that Achievements still exist and Nintendo declaring a commencement to the building.

Both Microsoft and Nintendo are playing up their crossplay initiatives more, especially in light of Sony blocking Epic Games account from being used on other systems at all getting mainstream attention. Xbox chief Phil Spencer has described Nintendo as a valued partner at E3.

It's unlikely the social media love-in was spontaneous and was probably planned. Still, stuff like this gets fans excited, and people like seeing competing brands interacting on social media, especially in friendly ways.
.
On
On
Off