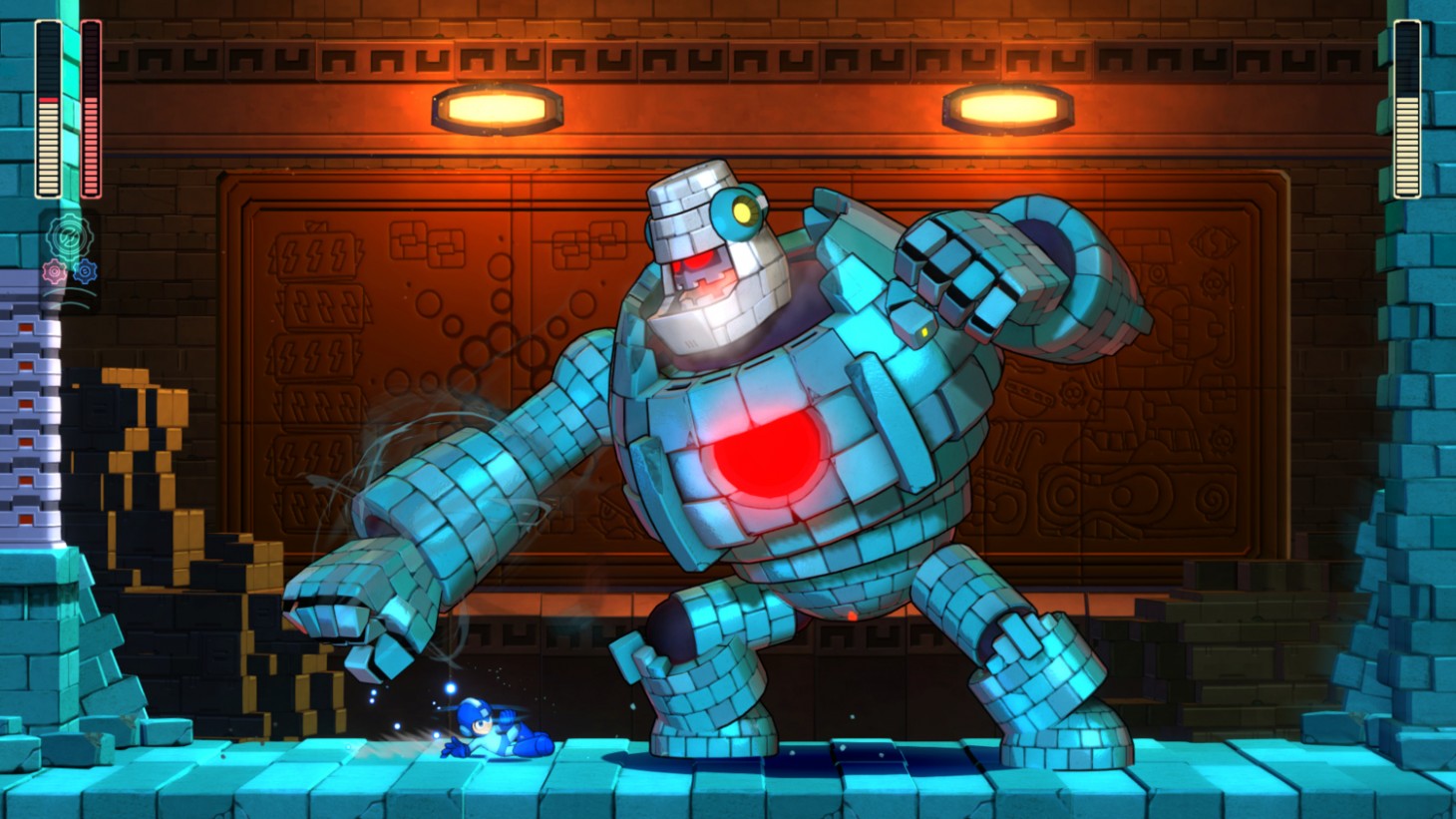 Mega Man 11 is out in a few months in both normal and limited edition flavors, but we got our first look at the Japanese version of the LE today via the series' Japanese Twitter account. In it, we get our first look at Dr. Wily and Dr. Light when they were young scientists with high ideals.

First of all, young Dr. Wily looks awesome. Secondly, it indicates the game's story might have more to do with the young scientists than originally thought. When we played Mega Man 11 a few weeks ago, it was explained that Mega Man's new Gear system is the result of an old breakthrough Light and Wily had together when they were still students, presumably at the age depicted in the art. Wily, recalling this technological marvel was never used, put it in his killer robot masters. Mega Man gets the upgrade from Dr. Light to fight Wily's new super-powered army off.

Perhaps this art is just a small part of the game's backstory, but it would be really interesting if there is time travel or flashbacks to the old days, as well.

Mega Man 11 is releasing on the PlayStation 4, Xbox One, PC, and Switch on October 2.