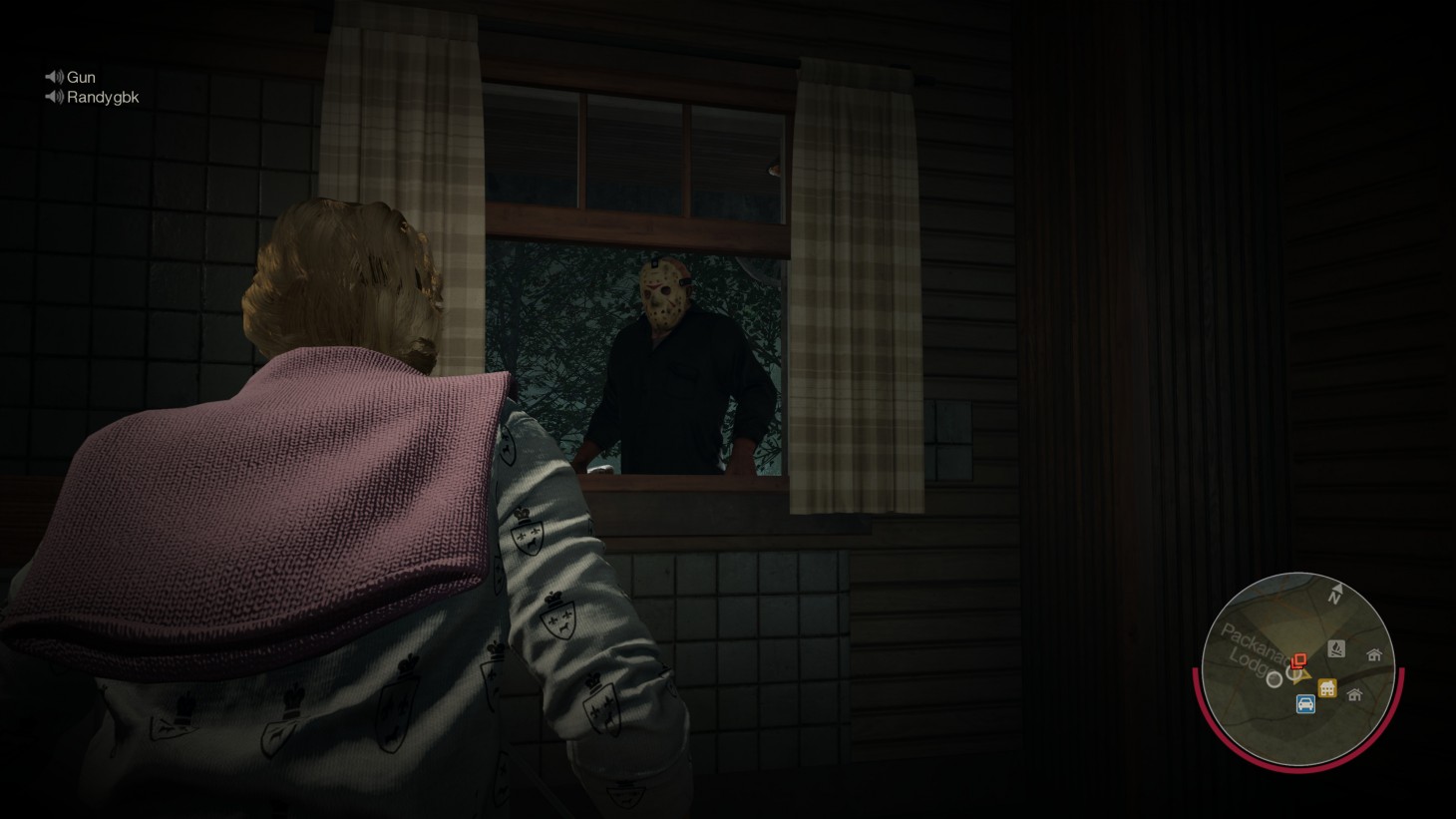 Friday the 13th: The Game has had a roller coaster experience since its launch, with the title launching to numerous online matchmaking and stat retention issues that forced the developer to apologize and promise to fix it a year ago. Publisher Gun Media showed off the DLC plans for the game alongside assurances that dedicated servers would act as a salve to the often unsteady game.

Unfortunately, it looks like that DLC has been put on hold, likely permanently.

At the center of the issue is a lawsuit between Victor Miller, who wrote the original Friday the 13th in 1979, and representatives for the movie's director, Shaun Cunningham. Both parties disagree about who owns the rights and various clauses and subclauses seem to point in both directions. Cunningham claims Miller was simply operating as work-for-hire and doesn't own the rights to anything in the movie.

Gun Media and Friday the 13th: The Game are caught in the periphery of this explosion. Due to the ongoing suit, any new content creation using that movie as its fundamental basis has to be halted. Gun Media explains the issue in a statement.

When we originally learned that the game fell within the cross-hairs of this legal dispute, we tried to balance the creation of new content requested by our fans against the maintenance and bug fixing that our community expects and deserves. We attempted to do both within the limits of the legal case.

We’ve now been forced to accept that the lawsuit makes future content for the game, including alternate play modes, new playable Jasons and Counselors, and new maps, unfeasible now or in the future. Although the listed content types will be affected, we remain committed to launching dedicated servers on our console platforms and providing the continued maintenance and bug fixing important to supporting our fan base.

This is a heavy blow to the game, which was hoping to fix a lot of its original issues. DLC was going to be a main focus for Gun Media developer Illfonic, which now have to ditch their plans completely.

Friday the 13th: The Game is available for PC, PlayStation 4, and Xbox One.