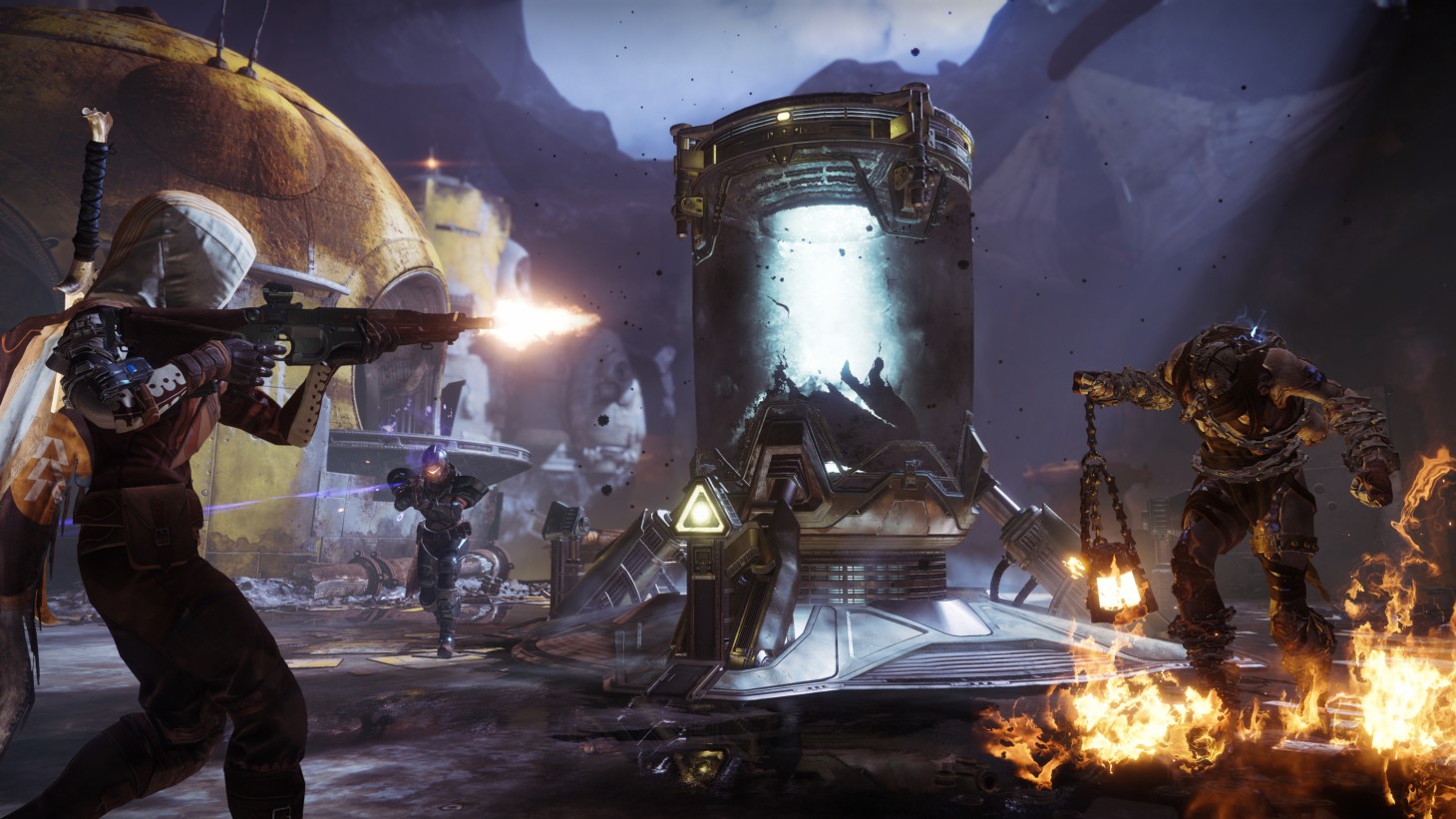 Bungie held a livestream detailing the future of Destiny 2 today, headlined by the new Forsaken expansion launching this September.

With Forsaken, Bungie is hoping to cast off criticism of Destiny 2's first year by giving players new abilities and a new story and environments to use them in. Two new destinations littered with new weapons, armor, and enemies are there for guardians to explore and use their fresh new Supers on.

The Forsaken campaign focuses on the Prison of the Elders and the Reef, which has become a den of lawlessness after years of strife. The new story is being developed by High Moon Studios in conjunction with Bungie, which Activision is pitching as an entry point for new players, as well. Newcomers and veterans alike will be able to explore The Dreaming City as endgame content, which houses tough bosses and is the first area designed for endgame players.

The big new feature, however, is the introduction of Gambit, also an endgame activity that blends competitive and cooperative gameplay for a new mode. The hybrid 4v4 mode merges both PvE and PvP experiences by separating two teams of four within view of each other and forcing players to fight off waves of AI enemies. The enemies drop items called "Motes," which can be picked up by players to be taken back to the base and banked, sending more enemies to the opposing team. Players can only hold fifteen motes at a time, however, so going back to your base fairly often is part of the strategy. At some point, competing players can invade their rivals to throw a wrench into their works.

Bungie also introduced the Destiny 2 annual pass, essentially a paid season pass that nets players new content through next Summer. This includes the Black Armory update in Winter 2018, Joker's Wild in Spring 2019, and closing with Penumbra in Summer 2019. A price for the annual pass has not been disclosed, but as Forsaken is selling for $39.99 and a Forsaken bundle with the annual pass costs $69.99, it suggests that the annual pass will be $30.

You can check out a nine minute vidoc of Bungie explaining all the new features of Forsaken below.

Forsaken launches on September 4 on PlayStation 4, Xbox One, and PC, with the PS4 version receiving an exclusive strike, a new exotic weapon, a new ship, and a gear set per class.