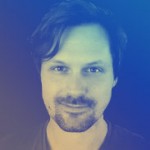 David Milner began writing about games in 2011 as a distraction from the history thesis that was consuming his life. He fell in love with the hobby as a five year old who saved up all his coins to play Street Fighter II, and never quite understood how Alex Kidd in Miracle World worked on his Sega Master System II without a cartridge. In 2018 he won best games journalist at the Australian IT Journalism Awards for his investigation into crunch and unhealthy working conditions in the industry. Beyond games, he's fond of Star Wars, heavy metal, football (soccer), and snowboarding. He tweets too much.

The Fight To Unionize The Video Game Industry

Game developers struggling for fairer, more humane working conditions are taking it to the next level.
by David Milner on Dec 21, 2018 at 03:30 PM
Feature

The Making Of Hollow Knight

A Look Inside How Blizzard Maintains World Of Warcraft's Lore

How do you maintain a lore so massive it rivals Star Wars? Blizzard breaks it down.
by David Milner on Aug 14, 2018 at 09:30 AM
Feature

A Tangled Web: The History Of Spider-Man Video Games

Spider-Man's video game history isn't quite as dense as his comic book history, but it's getting close. Here's a look at the web-head's evolution in the interactive medium.
by David Milner on Apr 24, 2018 at 04:00 PM
Feature

Do developers need to work long hours for months on end in order to make successful games?
by David Milner on Jan 16, 2018 at 06:10 PM
interview

Microsoft's Shannon Loftis On The Xbox One X Future, Minecraft Exclusivity, And Scalebound

Microsoft's general manager of Microsoft’s Global Games Publishing talked to us about exclusives on Xbox, the future of Remedy and Quantum Break, and lots more.
by David Milner on Oct 17, 2017 at 10:35 AM