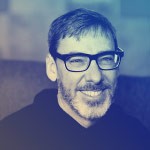 One of the original game journalists, Andy McNamara started his career in 1991 writing reviews of NHL Hockey and Sonic the Hedgehog for the Sega Genesis in the magazine's premiere issue. Named editor-in-chief in 1994, McNamara turned the quarterly newsletter into the number one monthly video game publication in the world, with over 7.6 Million subscribers and counting. From the humble days of running the ASCII version of Star Trek on a workplace server to years of joyously exploring Atari 2600, ColecoVision, and Intellivision games during the golden age of video games, Andy immersed himself in pixilated adventures right up to the industry crash of 1983. Between '83 and '85 video games fell off the face of the Earth, but Andy rekindled his love of interactive entertainment when the Nintendo Entertainment System launched the modern era of video games with classics like The Legend of Zelda and Metroid. Andy still attributes Metroid as the reason he is involved with video games today. One of the longest standing editors and journalists in the industry, sharing his passion for games with gamers around the world is the reason Andy gets out of bed in the morning. Sure, it's around noon, but those are gamer hours.

Participating retailers have unveiled special editions for Kinect debut title Kinectimals.
by Andy McNamara on Oct 07, 2010 at 05:00 AM
News

The developer's chief designer says one idea for a Heavenly
Sword sequel revolved around the sword trapping the game's heroine in hell.
by Andy McNamara on Oct 07, 2010 at 04:49 AM
News

The arcade ATV racer is hitting stores in time for the
holidays a lower-than-usual price on consoles and PC.
by Andy McNamara on Oct 07, 2010 at 03:43 AM
A Message From The Overlords

WARNING: Maintenance Madness, October 7 from 4 AM to 9 AM

In our constant pursuit of Internet awesomeness, we will be pulling down
our site, gameinformer.com, from 4 AM to 9 AM Central Time.
by Andy McNamara on Oct 06, 2010 at 01:28 PM
News

Blizzard announced that they will no longer require
real names on its official forums "at this time."
by Andy McNamara on Jul 09, 2010 at 08:08 AM
breaking news

Update: Patrice Désilets Walks Away From Ubisoft And Assassin's Creed

Can the Assassin's Creed franchise survive without its talented
creative director?
by Andy McNamara on Jun 11, 2010 at 02:24 PM

Who Are You? Define Yourself With Gaming Math

LFTE: The Industry Is At A Crossroads (April 10)

My Take On The Infinity Ward Drama

Infinity Ward just created a billion dollar hit, and now Jason West and Vince Zampella are lost in a heated legal battle, but who are they and what makes them tick?
by Andy McNamara on Mar 04, 2010 at 08:13 AM

My Top 11 Games Of All Time

The Tease Of The Audi Sportscar Experience

We were trying to save this nugget for when the magazine hits this coming
Monday, but it seems the rumor mill has gotten out of control and it is
time to put it in its place.
by Andy McNamara on Oct 08, 2009 at 05:39 AM
cover

The rumors have been flying for months. From the outrageous to the right on, the time has come to lay all rumors to rest.
by Andy McNamara on Oct 05, 2009 at 05:12 AM
blogs