We Played 9 Holes Of Fortnite Minigolf At PAX West

Fortnite is a big huge game that everyone is playing, which is why Epic decided, rather than have the game available to play at PAX West, it would create a different kind of Fortnite game and Dan Tack and I were able to take it for a spin.

There were nine holes of minigolf all modeled after Fortnite. 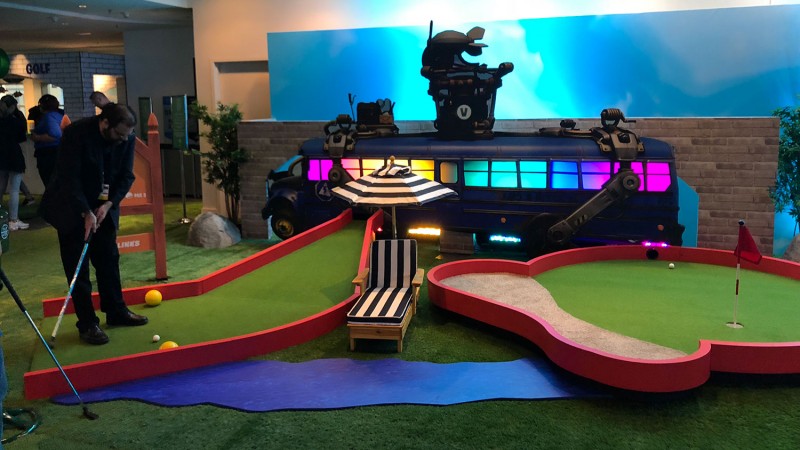 A bit of trivia – this is what the bus looks like when it is on the ground and is integrated into a minigolf hole. 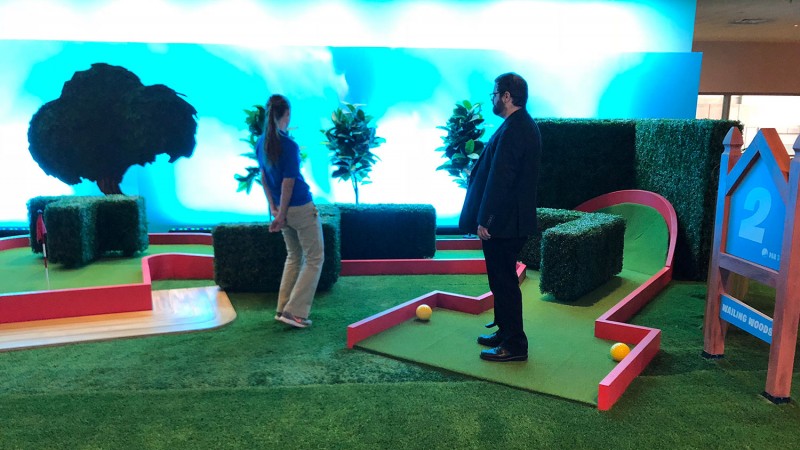 Dan Tack reflects on his putt, forlorn that he is not closer to the hole. 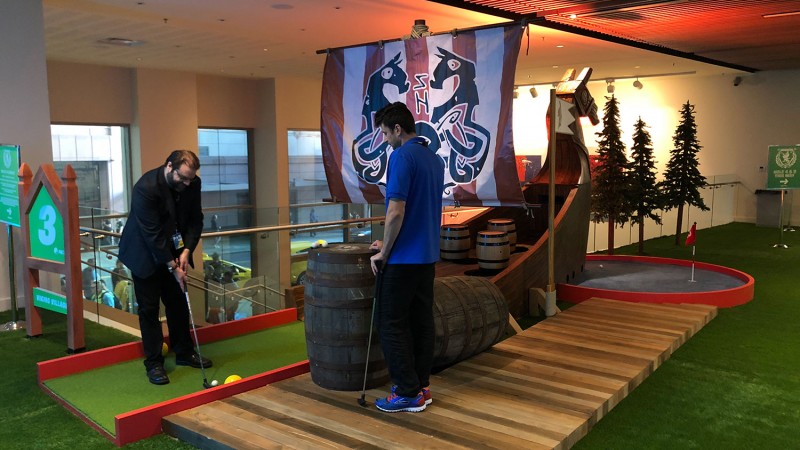 Hole number three had a boat in it. 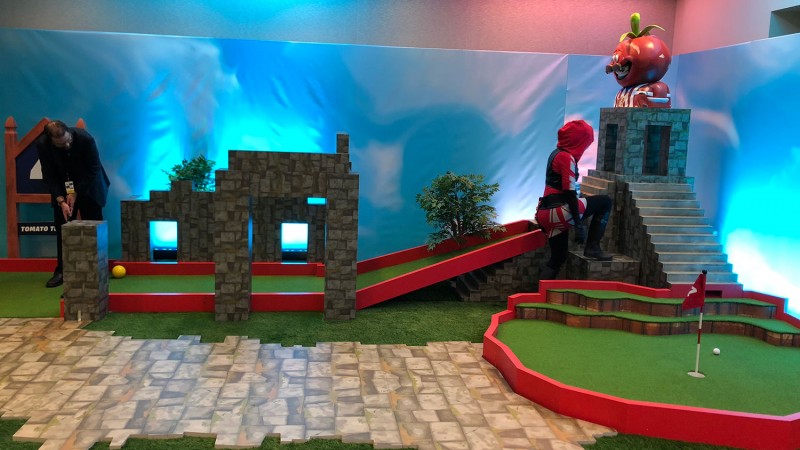 Along with the minigolf, there were also Fortnite characters roaming the grounds. 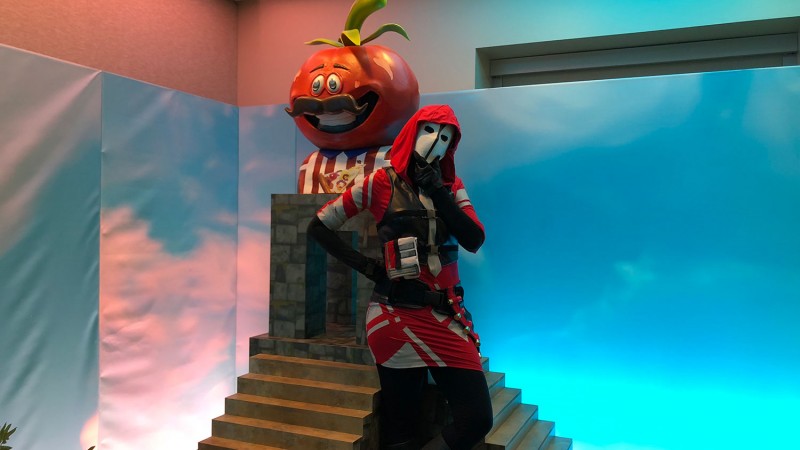 Thankfully, they were not shooting at each other. 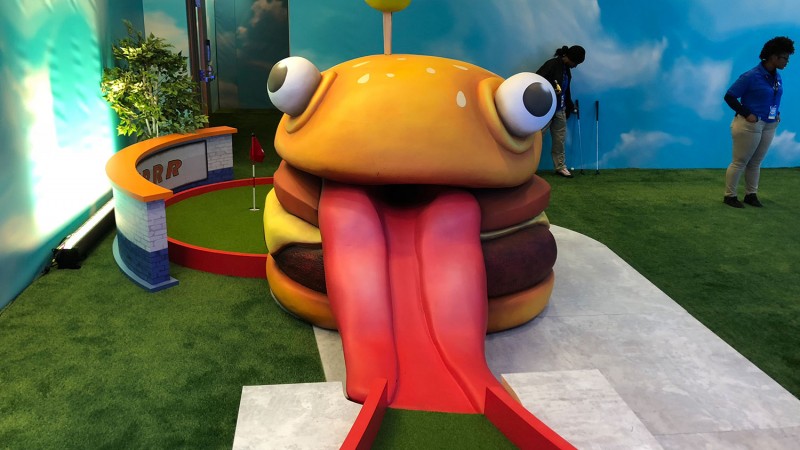 It's the Durrr Burger! 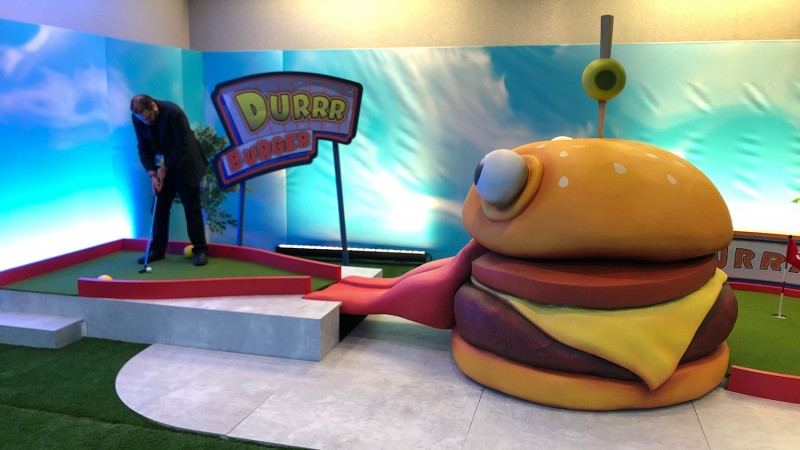 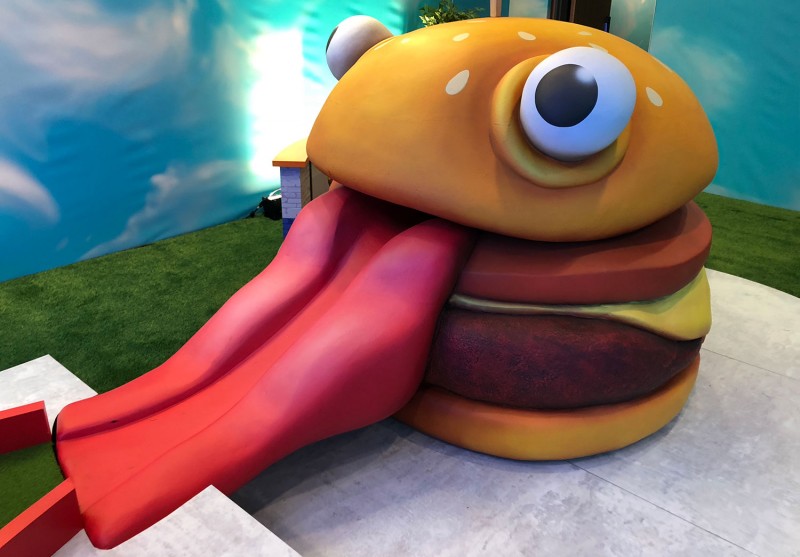 He looks so excited! 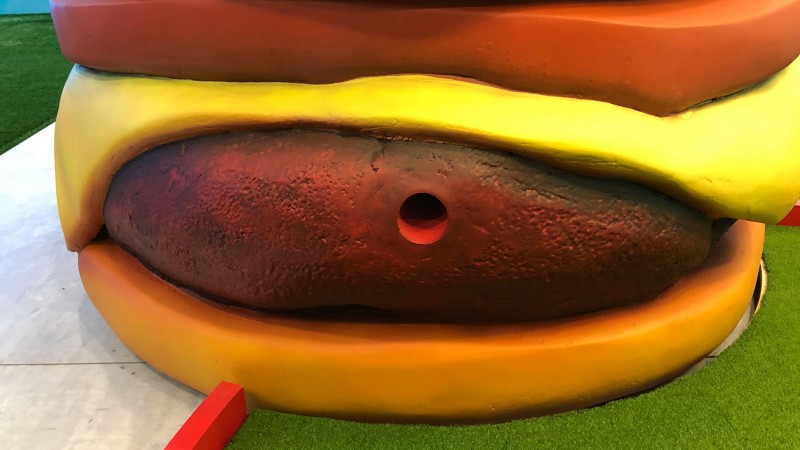 I don't know what this is supposed to be and I don't want to jump to conclusions. 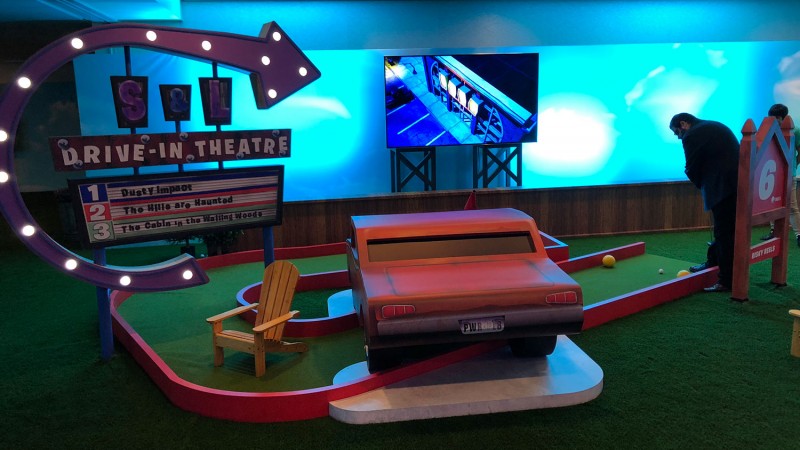 It wasn't until after my putt that someone pointed out that the lawn chair could be relocated and was not meant to be an obstacle. 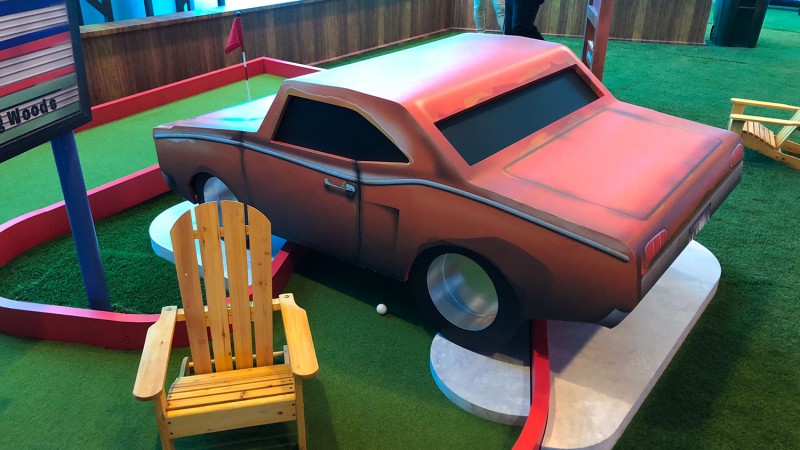 I didn't love where my ball landed after my first putt. It's basically under the car. 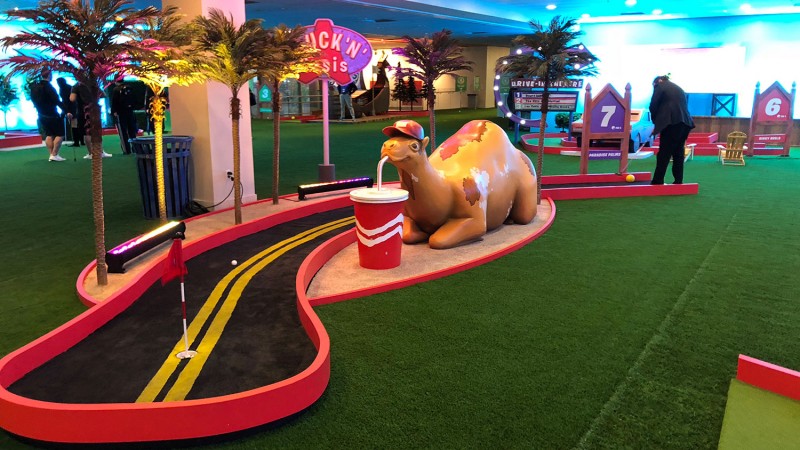 It's the Fortnite camel that loves soda! I don't think he has an official name. 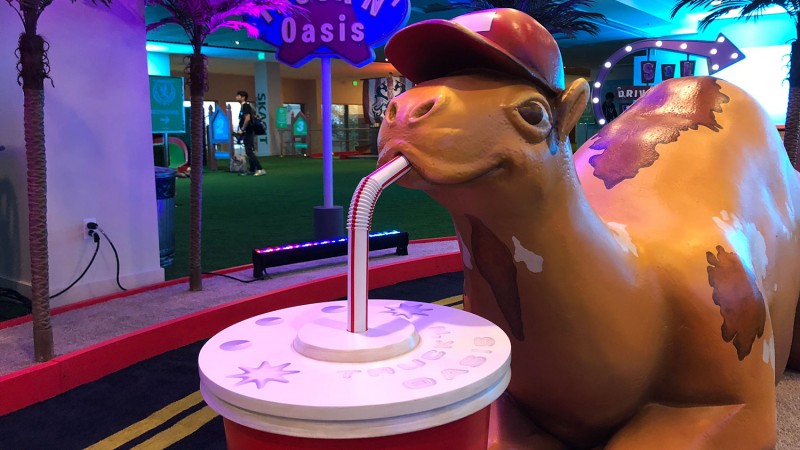 He's almost as happy as that hamburger! 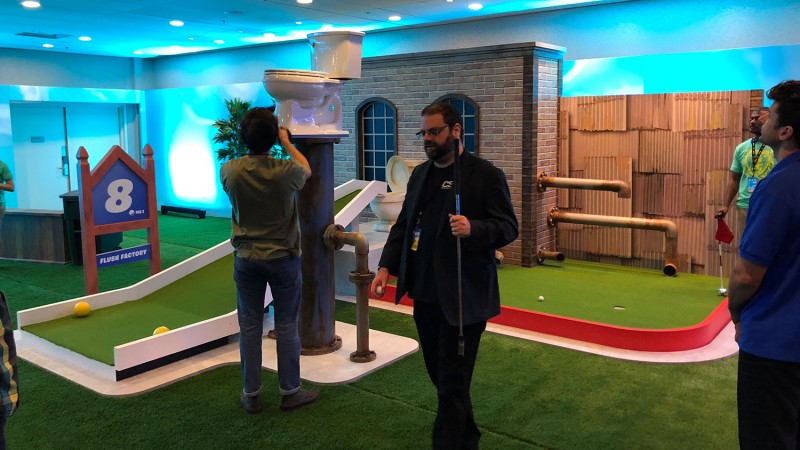 Hole eight had two toilets. Fortnite toilets, I assume. I don't think they have an official name either. 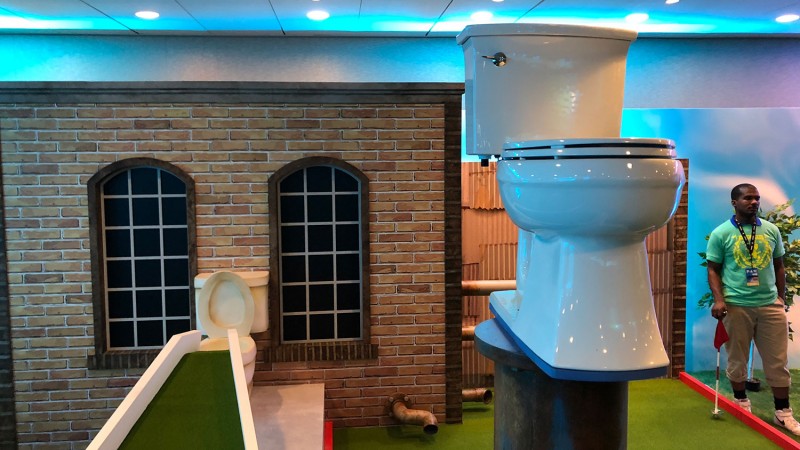 Here's a closer look at the two toilets. 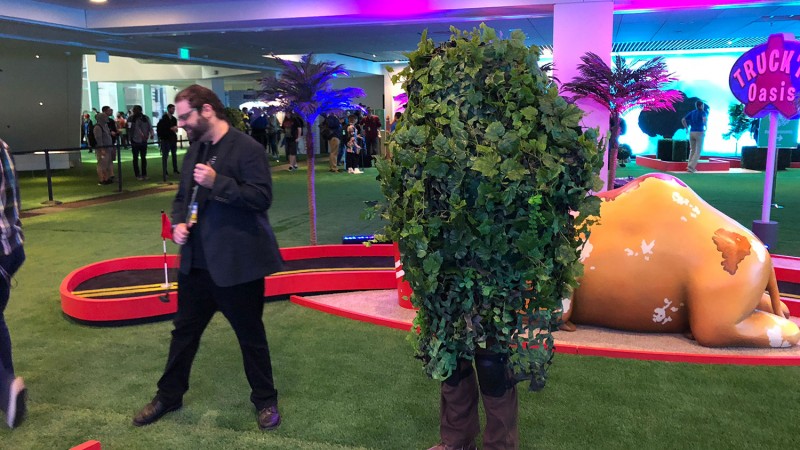 This was an odd place to have a bush, but whatever. I am not a minigolf designer. 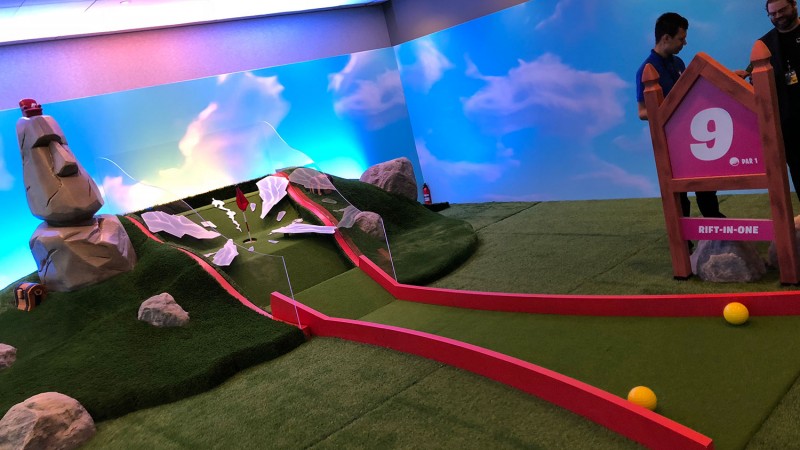 The final hole. If you miss the hole in one, that's it. You're done. 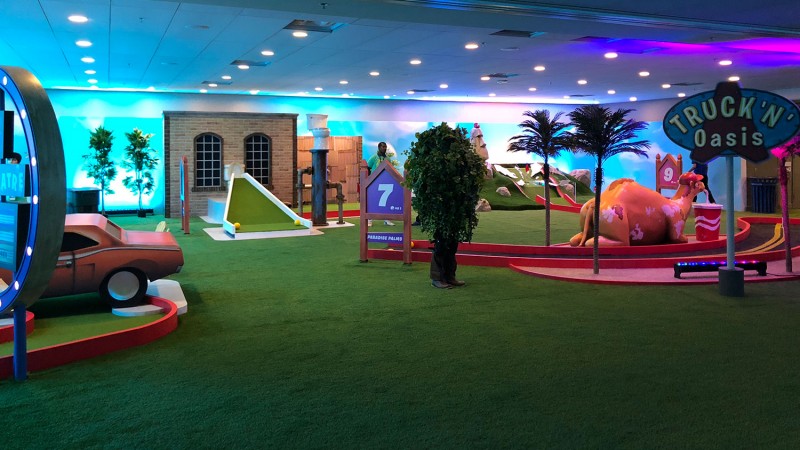 I distinctly remember that bush being somewhere else. 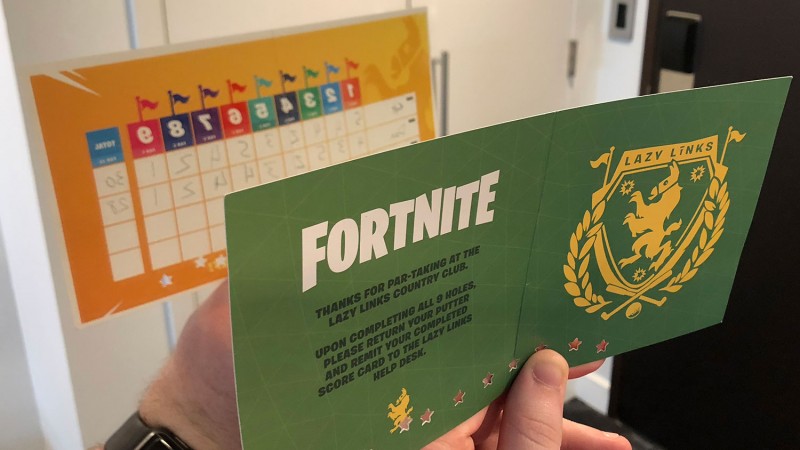 So there you have it! Fortnite minigolf. This is what the booklet looked like where we may or may not have tracked our scores. One of us probably won, but there really is just no way of knowing, I'm afraid.