Total War: Attila doesn’t reinvent the wheel – or the aqueduct. Instead, it capitalizes on the franchise’s longstanding strong points with engaging combat and plenty of decision-making at the civic level as you manage an enormous empire. Several different modes are available, including a few different ways to play the Grand Campaign (either beginning as a huge empire ready to defend the borders on all fronts or a roving band of barbarians seeking to pillage the world). If you’re looking for instant action, a number of historical battles await, along with custom games.

As always, the large-scale battles are the signature of the series, and it’s fun to get right down in the thick of combat and see how things play out after executing your plans. Your foot soldiers, archers, siege weapons, and cavalry units all come together for an altogether satisfying clash with opposing forces on the battlefield.

Attila feels like a grand strategy game more than ever if you’re looking to play traditionally, mostly due to the fact that you manage a vast empire from the onset if you choose to play as the Roman Empire. This is the best way to play if you’re more into aspects of civic management, since you oversee family lines, manage city upgrades and population, and deal with being beset on all sides by various factions as you mix diplomacy and defense. If you’re looking for a completely different playstyle, selecting the Huns for your campaign may be the best option; you start without any cities to manage at all, and move your robust starting army in for a campaign of assimilation and destruction.

The all-out-assault methods of the nomadic tribes quickly captured my favor for campaign play. Razing is a significant change to this iteration of Total War, allowing players to burn captured settlements to the ground, trading long-term potential for an instant cache of resources. I found this extremely valuable during both types of play. As one of the Roman Empires, I simply didn’t want to take on new territory that I would have to defend. As the tribes, I was often focusing on a strong core instead of a large empire. The option to raze keeps things from getting too bogged down with the disparate playstyles.

Total War: Attila has a lot going on from a management perspective, and it’s a little overwhelming maneuvering through the menus and making sure every settlement is upgrading, every commander is leveled up properly, and that your people aren’t going blind. The tutorial prologue campaign does an excellent job at laying out each aspect in an easy-to-digest fashion, but these systems all blend together and create a management nightmare when combined with the vast holdings that players start with as the Roman Empire. It’s not a big detriment if you’re really into civic management, but it holds back focus from the actual battles; consider playing as one of the nomadic tribes if you grow impatient with the time requirements of provincial politics. If you’re not opposed to having to click through battles or fight several times each turn (even during your first few turns) as your borders are beset, then the Roman Empires might work for you. It can be a bit jarring, overwhelming from a control perspective, and even a bit dull to engage in the campaign from the Roman perspective. If you find that to be the case, try one of the other campaigns. Laying siege to a city is always a fun endeavor, and this particular Total War title introduces siege escalation into the mix – your forces can wear a settlement down before engaging in the critical battle. It’s a nice new addition to the series, along with using fire in battle to demoralize and destroy bunched-up enemies in a hurry.

If you’re doing anything other than historical battles, expect turns to take a significant amount of time, especially if you’re engaging in the multiplayer campaign. While you can dull the blade of turn-based co-op gameplay with auto-resolved battles, plan on committing a lot of time to a campaign with other players. The jump-in instant battles are much more palatable if you’re looking to test your skills against another human. While it’s easy to hop into highly customizable multiplayer matches and campaigns, the single-player campaign experience is the title’s main event.

While we’re on the topic of time, Attila seems to suffer from some chugging as each faction cycles through at the end of a turn, some which resulted in a few game crashes on multiple PCs. While not detrimental to gameplay, it’s a noticeable technical oddity.

Total War: Attila doesn’t radically shift things in the franchise, and the new gameplay additions are most welcome. Siege escalation and razing are great to have as options, and the ability to play the campaign from distinctly different perspectives and playstyles gives you a reason to come back for more.

8
About Game Informer's review system
Concept
Play as a grand empire, roving horde, or engage in one-shot historical battles
Graphics
It’s great to zoom in and watch the carnage as swarms of units meet their end on the battlefield
Sound
Appropriate shouts, grunts, hacks, and siegework smashing
Playability
Not an easy game to understand; a lot happens on and off the battlefield. The tutorial and prologue campaign acclimate players, but navigating all the menus and upgrade systems can be intimidating
Entertainment
If you’ve played a Total War game before, you know what to expect. Despite some new mechanics and ways to play, the core is cultivating your expansive holdings or charging headlong into battle.
Replay
Moderately High 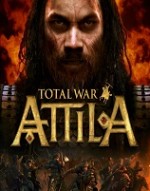