Minecraft: Story Mode – Episode 4: A Block and a Hard Place Telltale’s episodic story in the Minecraft universe has been about one thing: stopping the giant beast known as the Wither Storm from destroying the world. The tale has given players the opportunity to venture all over the blocky world as Jesse, an unlikely hero who has risen to the challenge of toppling this creature. Just like Jesse’s journey, the larger narrative has experienced its share of ups and downs. Episode 4 has bright spots, but highlights problems that have lingered all season long.

Following the grim turn of events at the end of the last entry, Episode 4 has Jesse and friends facing down even greater odds as things go from bad to worse. What was meant to be the team’s moment of victory quickly turned into a devastating defeat as the seemingly vanquished Wither Storm not only resurrected itself, but multiplied and became somehow more powerful than before.

Episode 4 continues following the group of friends as they desperately try to defend their world against this threat. As with the other episodes, A Block and a Hard Place plays to the strengths of the voice cast, but this time, the tone is more serious. Laughs are still spread throughout this segment of the story, but they are fewer given the dire situation. Because of this, we get a different brand of performance from the voice actors, and the writing shines in some of the darker moments. Without spoiling anything, one emotional exchange between two characters near the end of the episode is extremely heartfelt and had me genuinely invested in the outcome.

The pacing is also shaken up more in this episode. For every big action sequence or battle, you play through a puzzle or more conversation-heavy segment. The puzzles are more involved this time, with the two most enjoyable ones requiring you to listen to stories told by characters and piece together the order in which you need to perform certain actions based on these stories alone.

While those puzzles are memorable and do a good job at keeping you engaged, a quiet moment that has the team venturing through a maze sticks out.  Telltale does a good job of providing visual cues to help you know the correct path to prevent the story’s momentum from screeching to a halt. In addition, the slow and steady music works well with the scene, providing strong ambience to complement this slower sequence leading up to the climactic clash.

The final battle against the monstrous Wither Storm is perhaps the most exciting event to play through in the entire season. The quick-time events in the fight are fast-paced and even difficult at times, but they don’t do enough to differentiate this monumental moment from the many other encounters in the game. In fact, with the final battle being made up almost entirely of button prompts, the excitement of the action happening isn’t as engaging as the smaller-scale encounters where players take direct control of Jesse. Finally facing the beast that has been the central threat the entire series is satisfying and exhilarating, but it can feel like the player is just along for the ride rather than making any major waves in the unfolding action.

The lack of involvement also applies to the conversations, as I still feel as though I’m doing little to steer the events. With four episodes under Minecraft: Story Mode’s belt, the tale is enjoyable and fun to follow, but players can’t do much to guide the direction of major events. The illusion of choice permeates every conversation, but even in the finale of the Wither Storm arc, still doesn’t tie all of the branching options together in a satisfying way. For a series that hangs on this as a central mechanic, this is problematic.

Despite the grievances I have with the action and impact on the story, this is an enjoyable and evenly paced episode that effectively wraps up the Wither Storm arc for Minecraft: Story Mode, and delivers an ending that tugs on players’ heartstrings. Wrapping up the main conflict in the story with still an episode to go in the season is an interesting approach; we’ll have to wait for the next episode to know if it pays off. 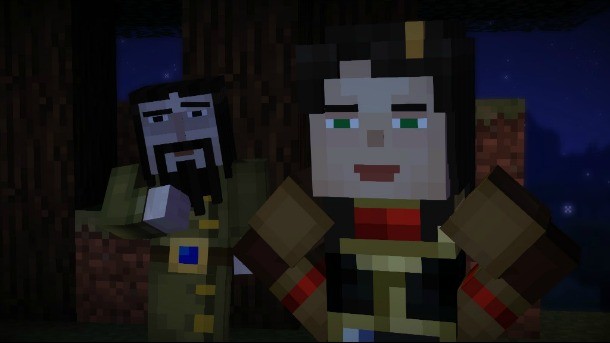 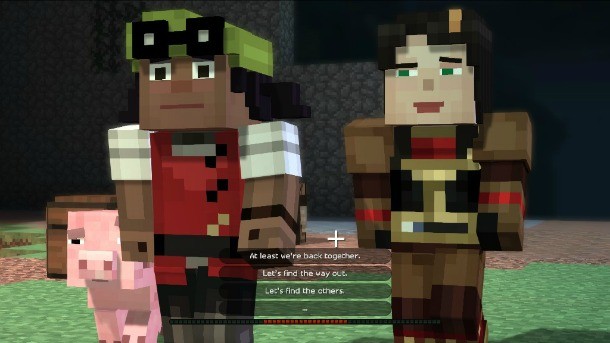 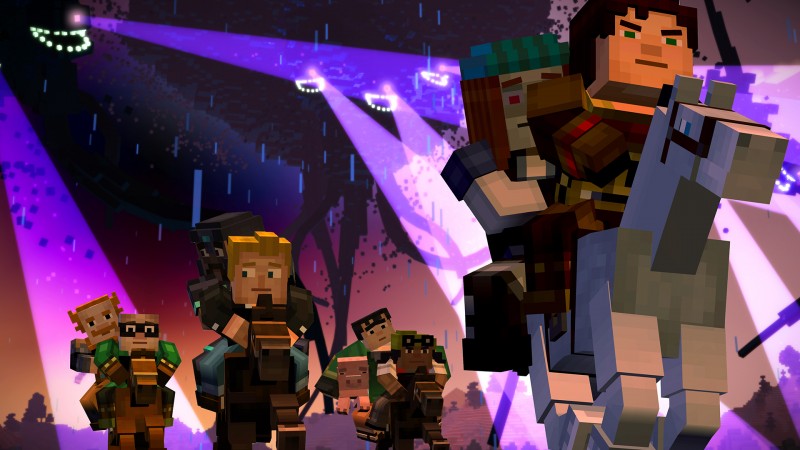 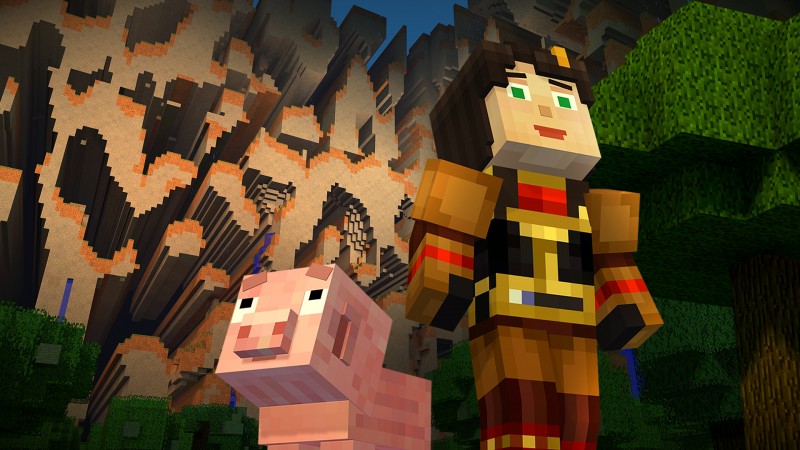 Minecraft: Story Mode – Episode 4: A Block and a Hard Place

Episode 4 has bright spots, but highlights problems that have lingered all season long.

Purchase More Info
7.75
i
Game Informer's Review System
Concept The Wither Storm situation has escalated and it’s your job to put an end to it
Graphics Minecraft’s instantly recognizable blocky look remains
Sound The voice cast continues to deliver, and the music appropriately highlights the intense moments
Playability Mixing plenty of action and encounters with ample puzzles and dialogue, the pacing is the most varied yet
Entertainment This episode doesn’t have as many memorable sequences, but it brings the Wither Storm saga to a satisfying and enjoyable conclusion
Replay Moderate