When it comes to the commentary package for a new Madden, thoughts rarely don't go beyond, "Who's doing it this year?" While the series has often relied on the name recognition of well-known TV commentators, what they say often gets less interesting after the first few times you hear the same lines repeated. But Madden 17 wants to change that, and the way it attempts to do this is not necessarily a matter of who they got, but rather how long they got them for.

The commentary team for Madden 17 is Brandon Gaudin (left, play-by-play) and Charles Davis (right, color/analysis). Gaudin has been the voice of the Georgia Tech Yellow Jackets and will be working for the Big Ten Network this fall. Former Tennessee Volunteer Davis is a Fox commentator and NFL Network analyst.

Beyond the credentials, perhaps the most important aspect of Gaudin and Davis' involvement in relation to the game is the fact that by design they've been far more accessible than the typical commentators. They're putting in many more hours than the teams in the past. In fact, Gaudin and Davis are actual employees of EA Tiburon that come into the office multiple days every week, which creates an relationship between them and their co-workers on the team. They don't just glide into the sound booth a few times over the year, sign some autographs, and then take off because they've hit the specific numbers of hours stipulated in their contract.

Gaudin and Davis' close work with the team and each other has allowed them not only to create chemistry as they call the action, but they've also made many suggestions and changes to the script to make the audio sound more natural and real. They've also ad-libbed parts when appropriate, which has been retained. Overall, associate producer Christian McLeod says that the commentary system as we've known it has been redone to match the other parts of the game that have been updated as the series has entered in this new generation of home consoles. "We knew it was really time to blow that thing up," McLeod says.

Not only has this approach provided the most commentary the series has ever had, it's just the beginning. Post-release Gaudin and Davis will be supplying new lines (for PS4 and Xbox One only). McLeod says the new content will be topical to what's going on in the NFL in real life, whether that's a hot story or player that demands attention. McLeod also says the team can patch in fixes to the logic that triggers the commentary if necessary.

In terms of concrete examples of the new commentary, it includes teaching of football concepts that should help you with the game – like this year's emphasis on gaps – which should flow as legitimate analysis that you'd expect in a TV broadcast anyway. More interestingly, however, Gaudin says that the commentary is more specific to the context of the plays. So instead of just saying a pass is incomplete, they talk about the down, distance, players involved, and most importantly where that play is in the larger scheme of the game at hand. McLeod says they've even recorded audio for the Super Bowl ending on a safety in case you encounter that situation. Understanding and presenting the context of the action would be a big jump for the franchise.

Other wrinkles to provide extra flavor include time of day, weather, the handedness of players, and references to the specific moves you're using (like commenting on a good spin move you've just pulled off). Finally, the team's audio is also being used to expand upon stat boxes and other player presentations that pop up.

EA Tiburon's choice of commentators isn't without its risks. After all, part of what makes a good presentation package for some gamers is how closely what they see on their TV while playing matches what they see on it when watching real NFL game (like commentary, stat overlays, or between-play camerawork). But regardless of whether you recognize the voices of Gaudin and Davis, the time and enthusiasm they've put into their work in the game should certainly change the franchise's commentary now and in the future. Commentary is a vital part of the real-life sports experience, and it's about time that Madden boosted this part of its game. 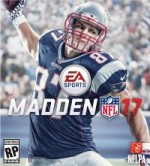