Guerrilla Games delivered another impressive Horizon Zero Dawn gameplay demo at Sony's E3 press conference last night, but there's only so much you can tell about a game without getting your hands on it. After 30 minutes of playing the game for ourselves, we walked away mightily impressed. Here are our big takeaways.

The Fundamental Mechanics Are Solid
One of the things you can't tell from a hands-off demo is how a game feels. After 30 minutes of shooting robot dinosaurs, sneaking through reeds, and jumping off of cliffs, I'm happy to report that Horizon feels great. The stealth mechanics are swift and reminiscent of Uncharted 4 (tall grass is your friend), and aiming and shooting Aloy's bow is a breeze (thanks in part to the ability to slow down time). Crafting ammo on the fly is easy enough, as is scanning enemies for components and weaknesses. It took me awhile to learn the button layout, but soon I was running, rolling, and sliding my way through the environment with ease. The Game Is Going To Be HUGE
I was only allowed to explore a small forest area during my hands-on demo, but based on the map size, Horizon drops players in a massive open-world. More importantly, the gameplay systems are equally deep. You can collect a variety of weapons, each of which has its own attributes, mod slots, and alternate ammunition types. The crafting system allows you to build a variety of traps and ammo out of items found in the environment, as well as components taken from enemies (read: robot dinosaurs). A currency system also allows you to buy new items from a variety of vendors, including outfits which endow passive abilities. There are also three skill trees you'll be making your way down as you level up throughout the game.

You Have A Lot Of Freedom
I was given a handful of objectives to complete during my demo, including dislodging a crate off of a crab-like shell walker, and overriding a broadhead, allowing you to ride it like a steer. In addition to the ability to choose between stealthy and action-oriented approaches, you also have a bunch of gameplay-changing items at your disposal. For instance, when trying to override the broadhead, you can use your Ropecaster to shoot the mechanical beast and pin it to the ground, or you can use a tool called the tripcaster to put down an electrified tripwire, which will temporarily paralyze the broadhead and drop it to the ground . Aloy's inherent mobility also gives you options on the battlefield, as you quickly run away from an enemy (or herd), climb up the side of a cliff to get out of its sight, or dash to a hiding spot – just beware that some of Horizon's beasts are just as fast as you are. Robot Dinosaurs Rock
This one is probably obvious, but Horizon's enemy design is awesome. Huge, roaming dinosaurs demand your respect and attention, and even smaller chattering machines can be trouble in groups. However, Guerrilla isn't just trying to make cool-looking creatures – each enemy type has a purpose, and interact with one another to form their own robotic ecology. My fight against a devastating corrupter (seen in yesterday's stage demo) played out like a boss fight; only the corrupter is just another machine, and the fight isn't scripted like you may be accustomed to. Guerrilla's attention to detail makes it feel as though the machines have a mind of their own, which makes hunting and fighting them a lot more fun than mowing down faceless soldiers.

For more on Horizon Zero Dawn, check out the gameplay footage of yesterday's stage demo. 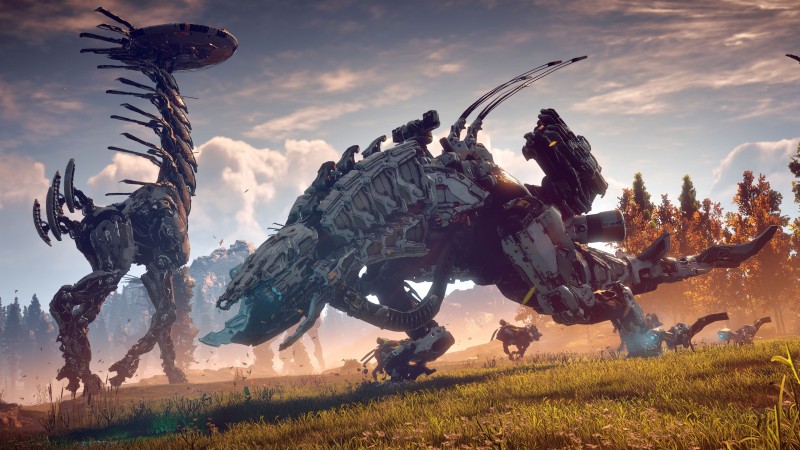 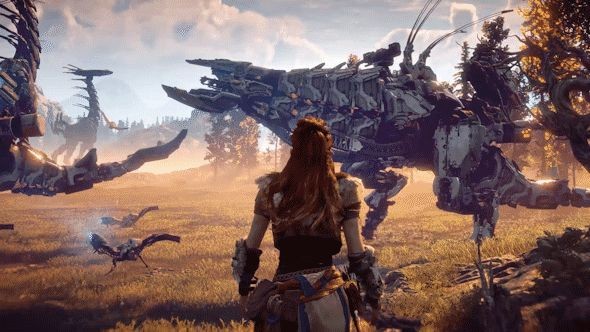 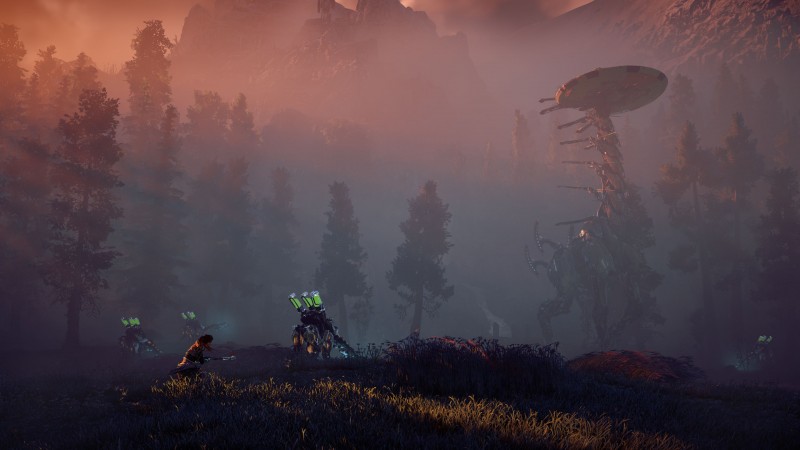 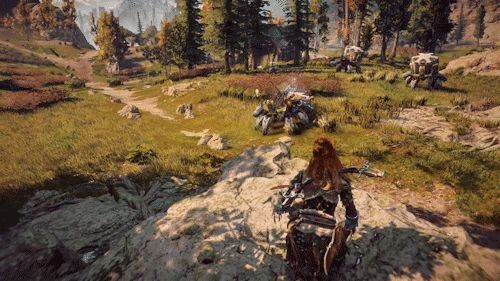